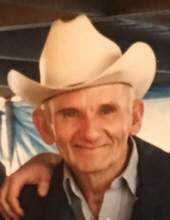 New Iberia - A Mass of Christian burial will be celebrated at 1:00 P.M. on Friday, June 28, 2019, at Nativity of Our Lady Catholic Church in New Iberia for Allen Anthony Olivier, 91, who passed away on Sunday, June 23, 2019, at Iberia Medical Center. Entombment will follow in the church mausoleum. The Reverend Brian Harrington will be the celebrant. A gathering of family and friends will be Thursday, from 5:00 P.M. until 9:00 P.M., at Pellerin Funeral Home, in New Iberia. A rosary, led by the Nativity Rosary Group, will be prayed at 6:30 P.M. Thursday. Visitation will continue on Friday from 9:00 A. M. until 12:00 noon. A native of Catahoula and a longtime area resident, Mr. Olivier was born on June 22, 1928, to Louis Alcide Olivier and Ange Marie Broussard. In 1946 Allen joined the United States Navy and served in the Seabees and later the Navy Reserve. While in the Navy, he received the Order of the Blue Nose and the World War II Victory Medal. He served onboard the SS Henry Failing, USS Agerholm, USS Buck, and USS Krishna. He is a World War II and Korean Conflict Veteran, being honored with a military funeral. Upon honorable discharge from the Navy, he worked as an oil-field mechanic for Texaco for fourteen years. He then began his own business as the owner of Compressor Service, which he operated for fifty years. Allen enjoyed hunting, fishing, woodworking, gardening, traveling, and spending time at his camp. Survivors include his sons Tony Olivier and wife, Connie, of New Iberia, Thomas Olivier of Arnaudville, and Tracy Olivier and wife, Heather of Spring, Texas; daughters Jerri O. Tatum and husband Coy, of Lafayette, Catherine O. McHale and husband, Mike of Ruston, and Mandy O. Landry and husband, Mark, of New Iberia; brothers Louis “Huey” Olivier of Catahoula, and John Olivier and wife Sheila, of Catahoula; 13 grandchildren; 13 great-grandchildren and another one on the way; and one great-great-grandchild. Pallbearers and honorary pallbearers will be his grandsons, including - Spencer Tatum, Dustin Tatum, Jason Olivier, Chris Pyle, Josh Olivier, Timothy Olivier, Tony Olivier, Jr., Matt Pyle, and Jacob Olivier. In addition to his parents, Mr. Olivier was preceded in death by his wife, Lydia Hardy Olivier, great-granddaughter Marissa Guidry, and sister, Anna Mae Neuville. In lieu of flowers, donations can be made to Patriot Paws at patriotpaws.org or the local VFW Post 1982. Pellerin Funeral Home 502 Jefferson Terrace Blvd., New Iberia, LA 70560, 337-365-3331, is in charge of arrangements.
To order memorial trees or send flowers to the family in memory of Allen A. Olivier, please visit our flower store.