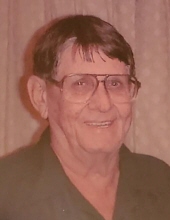 Breaux Bridge - A Funeral Service will be held at 2:00 pm on Thursday, June 18, 2020, at Pellerin Funeral Home in Breaux Bridge for Allen Usie, 91, who passed away on Saturday, June 13, 2020. The family requests that visiting hours be observed at the funeral home from 9:00 am until 2:00 pm on Thursday. A rosary will be prayed at 1:00 pm on Thursday by Joy Usie. Deacon Marcel "Butch" Hebert will officiate at the Funeral Service. Interment will follow at St. Bernard Cemetery No. 2 in Breaux Bridge. Allen was born in Cecilia on February 20, 1929, relocated to Breaux Bridge with his family and attended school there. During WWII he served in the U.S. Navy on the USS Antietam aircraft carrier. He was stationed at the main naval base known as “Big Navy” in Guam and was honorably discharged with the rank of Seaman First Class on December 17, 1947. He began his long telephone career with the Breaux Bridge Telephone Company (now known as CenturyLink) as a lineman and retired as Division Manager on October 1, 1981. An avid sportsman, he loved duck hunting, fishing, crabbing, and shrimping. He is survived by the love of his life, Lorraine Broussard Usie, whom he married on January 13, 1951, in Catahoula before making their home in Breaux Bridge. Other surviving members of his loving family include his children: Michael A. Usie and wife, Joy, of Cankton, Rachael Usie Simon and husband, Mike, of Breaux Bridge, Perry Usie and wife, Judy, of Breaux Bridge, and Kelly Usie and wife, Sherry, of Breaux Bridge; grandchildren, Ian Usie, Clint Simon and wife, Jennifer (Jen) of Snoqualmie, WA, Dr. Crystal Simon and husband, James Bynum (J.B.), of Atlanta, GA, Jillyn Usie Sheppard and husband, Brian, of Lafayette, Kody Usie and partner, Ashley, of Breaux Bridge, and Kollin Usie and partner, Kinsley, of Carencro; step grandchildren, Greg Hebert and wife, Dr. Melissa (Missy) Hebert, of Lafayette, and John Hebert and wife, Natalie, of Phoenix, AZ; great grandchildren, Ivy Halliday and Sadie Lorraine Simon, of Snoqualmie, WA, and Trenton Kae Usie of Breaux Bridge; and step great grandchildren, Avery Hebert and Micah Hebert, of Lafayette. He was preceded in death by his parents, Joseph "Zay" and Felicianne Thibodeaux Usie; and his sisters, Emelianne Usie Guidry and Rena Usie Sonnier. Pallbearers will be Ian Usie, Clint Simon, Perry Usie, Kody Usie, Kollin Usie, and Melvin Guidry. Honorary pallbearers will be Mike Usie, Mike Simon, Kelly Usie, Fred Guidry, and Wayne Sonnier. The family would like to express their heartfelt gratitude to all of the remarkable people associated with Hospice of Acadiana, 2600 Johnston St., Ste. 200, Lafayette, LA 70503. In lieu of flowers, please make donations to this nonprofit organization in Allen Usie’s honor. Pellerin Funeral Home of Breaux Bridge, 211 Berard St., Breaux Bridge, LA 70517, (337-332-2111) is in charge of arrangements.
To order memorial trees or send flowers to the family in memory of Allen Usie, please visit our flower store.