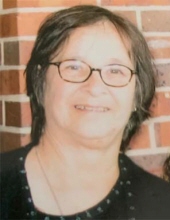 New Iberia - A Mass of Christian Burial will be held at 11:00 am on Thursday, November 12, 2020, at St. Peter Catholic Church in New Iberia for Barbara Elias Hedge, 84, who passed away on Sunday, November 8, 2020, at AMG Specialty Hospital. Interment will follow in the Holy Family Cemetery. Rev. William Blanda will be the Celebrant. A gathering of family and friends will be Wednesday from 4:30 pm until 8:30 pm at Pellerin Funeral Home. A rosary will be prayed at 7:00 pm Wednesday. Visitation will continue on Thursday from 8:00 am until 10:30 am. Barbara Cynthia Jude Elias Hedge, 84, was a long time resident of New Iberia, LA; she was also a resident of Lake Charles, LA and Pasadena, TX for short periods. Over the course of her lifetime, the doors of her home opened to many. She was a welcoming spirit to all that crossed her path being given the nicknames “Apple” to young children and “Momma Hedge” to people that felt her to be a mother figure in their lives. She was also known as “Siti” to her grandchildren and great grandchildren who were blessed to have many Elias and LaBauve family traditions shared with them. In 1955, Barbara married John “Kerry” Hedge and gave birth to her first child in 1957. During the span between 1973 and 1980, they had four more children. During her time as a mother, she also cared for her teenaged brother-in-law and her nephew as they were her own children. Barbara attended Mount Carmel Convent School in New Iberia graduating in 1955. She was a graduate of McNeese State University. She also attended the University of Louisiana. Barbara was an educator for over 35 years. Barbara started her career as a second grade teacher in Lake Charles Public Schools before moving back to New Iberia where she worked as a mathematics teacher at Catholic High School in New Iberia. Catholic High, along with Mt. Carmel was a big part of her life as her own children would later be educated at these schools in years to come. Barbara worked at New Iberia Senior High where she was able to share her passion for Arts in education. She taught Art and Ceramics allowing her to share her own passions with her students. Barbara was a key component of school functions such as theatre productions and athletic events along with community events. Barbara was also an advocate for her Special Education students often helping them to find a place of comfort in her classroom allowing them to create in a way that was hands-on and self-motivated. She had a keen understanding for the needs of her Special Education students in a time when others in education were beginning to explore the concept. Barbara was a talented artist who took enjoyment in painting and drawing the world around her. Her charcoal portraits of friends, family, and pets were a treasure to many. Her time flying with her husband in their J-3 Cubs and airplanes also inspired her to paint what she saw as they flew over the earth. They also enjoyed time together sailing, scuba diving, traveling to Cozumel, attending air shows, and taking trips with their children. Early in life, she had a fondness for horses and shared this love with all by creating a home where horses and animals were cared for and loved. She has passed this love down to her children and grandchildren who continue this legacy. After retirement in 1999, Barbara took the time to study Geology at the University of Louisiana at Lafayette; she was an eager learner and a top student in her college classes even at the age of 64. Her love for learning was never lost as she continued delving into interests such as learning the guitar and the Arabic language. During this time, maintained her membership as a Third Order Carmelite as a Lay Carmelite at St. Peter’s Catholic Church. Barbara then continued devoting her time to others in the community by working with Iberia Parish C.A.S.A. (Court Appointed Special Advocates) and New Iberia Teen Court where she helped to advocate and support children in foster care along with teens that were dealing with the court system. She is survived by her three daughters, Robin Hedge (Anthony) Newman of Ville Platte, Kerry (Mark) Tucker of Youngsville, and Barbie Hedge of Youngsville; three sons, Darryl Hedge of New Iberia, Scott (Christina) Hunnicutt of Broussard, and William B. (Angela) Hedge of Pendelton, Indiana; William V. (Fay) Hedge of Pasadena, Texas who was like a son to her; eleven grandchildren, Elijah Hedge, Jonathan Hedge, Daniel Hedge, Loren Tucker, Jacob Tucker, Jed Gadir, Sam Gadir, Emily Hunnicutt, Natalie Hunnicutt, Krislyn (John) Newman Probert, and Baylie Newman; great grandson, Spencer Probert; two sister-in-laws, Janice Elias and Margaret Elias; and two brother-in-laws, William V. (Fay) Hedge and Gilbert (Chere) Hedge. She was preceded in death by her husband, John Kerry Hedge; father, Edward Elias, Sr.; mother, Edith LaBauve Elias; three brothers, Gerald Elias, Sr., A.C. Elias, and Edward Elias, Jr. Pallbearers will be Darryl Hedge, William B. Hedge, Scott Hunnicutt, Mark Tucker, Anthony Newman, Norman “Trey” Porche, and Christopher Jones. Honorary pallbearers are her grandsons, Jed Gadir, Sam Gadir, Jacob Tucker, Elijah Hedge, Jonathan Hedge, and Daniel Hedge. The family would like to thank Dr. Chuck Aswell III along with his staff and family for the personal care and compassion given to Mrs. Barbara during the end of her life. Pellerin Funeral Home, 502 Jefferson Terrace Blvd., New Iberia, LA 70560, (337-365-3331) is in charge of arrangements.
To order memorial trees or send flowers to the family in memory of Barbara Elias Hedge, please visit our flower store.