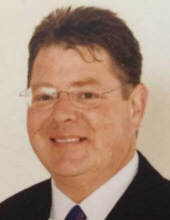 A celebration of life will be held at 11:00 am Friday, April 12, 2019 at the Episcopal Church of the Epiphany, 303 West Main Street in New Iberia, to remember Christopher James Brown, 63, a native of New Iberia. Chris died after a lengthy illness at his home in Mindarie, Western Australia on the morning of January 5th with his wife at his side. Chris’ sister, the Reverend Ann Brown Etheredge, and the Reverend Matt Woollett, Rector of the Episcopal Church of the Epiphany, will officiate the service. Chris was born at Ft. Bragg, North Carolina, but lived most of his early years in New Iberia, graduating from Catholic High School in 1973. A bright and curious student of the physical world, Chris excelled in math and science, and was a talented writer with a particular fondness for science fiction. He attended Tulane University and the University of Southwestern Louisiana, studying many things that interested him but ultimately leaving school to work for Bruce Foods Corp, his family’s food manufacturing business. He spent more than twenty years in various roles for BFC, primarily production and computer programming. Chris was an avid computer guy and self-described geek, although he proudly claimed he never actually carried a protractor. His work at Bruce Foods took him to Middletown, New York, El Paso, Texas, and Kirkrade, the Netherlands, where he oversaw the construction and initial operation of Bruce Foods’ overseas Mexican Foods factory. Later, Chris’s work integrating software for food manufacturers combined his love of computers and travel with his knowledge of food production. His adventures led him to Perth, Western Australia in 2001. There he met and married Robyn York, and together they opened three franchises of an Italian restaurant chain called La Porchetta. In 2004 they left the restaurant business behind and moved to Chiang Mai, Thailand, where they lived for seven years, traveling through much of Southeast Asia and dabbling in an import-export business they called Elegant Asia. They returned to Perth in 2011. In addition to his wife, Robyn, Chris is survived by his son Daniel Brown and his wife Nadine of Livermore, California; daughter Sarah Brown Caddy and husband Troy of Youngsville, Louisiana; son Benjamin Brown of Lafayette, Louisiana; mother, Martha B. Brown of New Iberia; sisters Jeannine Brown Kennedy and her husband, Thomas, of El Paso, Texas; Marjorie Brown Pierson and her husband, David, of Durham, North Carolina; and Annie Brown Etheredge, and her husband, Jim, of St. Martinville, Louisiana. Chris also had one grandson, Harper Caddy, in whom he took great delight although he never had the chance to meet in person. Chris is also survived by two step-daughters and their families, and several nieces and nephews. He was preceded in death by his father, Gordon Sandoz Brown and his grandparents, James and Isabelle Knight Bienvenu and J.S. “Buster” and Mary Brown. Pellerin Funeral Home, 502 Jefferson Terrace Blvd, New Iberia, LA 70560, (337-365-3331) is in charge of the arrangements.
To order memorial trees or send flowers to the family in memory of Christopher Brown, please visit our flower store.