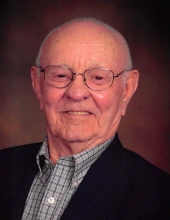 Breaux Bridge - A Mass of Christian Burial will be celebrated at 1:00 pm on Thursday, March 11, 2021, at St. Bernard Catholic Church in Breaux Bridge for Entoine "Avery" Bergeron, 88, who passed away on Sunday, March 7, 2021, at Lafayette General Medical Center. The family requests that visiting hours be observed at the funeral home from 8:30 am until 12:30 pm on Thursday. A rosary will be prayed by Deacon Ken Soignier at 11:30 am on Thursday. Rev. Garrett McIntyre will officiate at the Funeral Mass. Interment will follow at St. Bernard Mausoleum - No. 1 in Breaux Bridge. Entoine, known to many as, "Avery" was born April 4, 1932. He honorably served his country in the United States Army. Avery was an avid outdoorsman who enjoyed camping, fishing, and hunting. He will be dearly missed. He is survived by his wife of 55 years, Shelba Mason Bergeron; daughter, Tina Marie Theriot; son, Myles Bergeron; and brothers, James "Irvin" Bergeron and Jimmie Bergeron (Carol). He was preceded in death by his parents, Lastie and Therese Artigue Bergeron; brother, Harold Bergeron; and sisters, Gladys Brock and Verna Bergeron. Pellerin Funeral Home of Breaux Bridge, 211 Berard St., Breaux Bridge, LA 70517, (337-332-2111) is in charge of arrangements.
To order memorial trees or send flowers to the family in memory of Entoine "Avery" Bergeron, please visit our flower store.