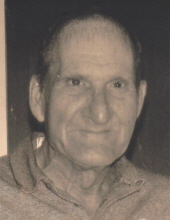 Loreauville - Funeral services will be held at 10:00 am on Friday, September 13, 2019, at Pellerin Funeral Home in New Iberia for Eugene Delcambre, 70, who passed away on Saturday, September 7, 2019, in Loreauville. Interment will follow in the Broussard Cemetery. Rev. Ed Degeyter will officiate. A gathering of family and friends will be Thursday from 2:00 pm until 9:00 pm at Pellerin Funeral Home. A rosary, led by the Men’s Rosary Group, will be prayed at 7:00 pm Thursday. Visitation will continue on Friday from 8:00 am until 10:00 am. A resident of Loreauville, Mr. Delcambre was born on January 4, 1949 to the late Harry and Lilly Delcambre. He worked in the salt mines for Morton Salt, and he enjoyed fishing and playing softball. Survivors include his sons, Casey Delcambre and wife Kasey of Henry, Michael Delcambre of Erath; daughter, Jessie Delcambre of Grand Isle; brother, Harry Delcambre, Jr.; sisters, Earline Delcambre of Lydia, Luther Delcambre of North Carolina; 10 grandchildren; and 5 great grandchildren. In addition to his parents, he was preceded in death by his wife, Waldene LeBlanc Delcambre; brothers, Curtis Delcambre and Haywood Delcambre; and sisters, Audrey Landry and Jean Leleux. Pellerin Funeral Home, 502 Jefferson Terrace Blvd., New Iberia, LA 70560, (337-365-3331) is in charge of arrangements.
To order memorial trees or send flowers to the family in memory of Eugene Delcambre, please visit our flower store.