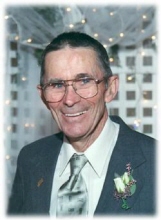 Breaux Bridge - Funeral services will be held at 10:00 a.m., Monday, June 4, 2007, at St. Bernard Catholic Church, in Breaux Bridge for James N. Latiolais, 82, who died on Wednesday, May 30, 2007 at Louisiana Extended Care Hospital in Lafayette. Entombment will follow at Calvary Cemetery in Lafayette. Fr. Allen Breaux , associate pastor of St. Bernard Catholic Church, will be the celebrant of the funeral Mass and conduct the service. Readers will be Cheramie Courville, Regi Courville, and Lourie Dupuis. Gift bearers will be Estelle Benoit, Carla Francis, and Mia Reilly. Mr. Latiolais was a veteran of World War II, having served in the U. S. Army. He was a member of the American Legion and the Disabled American Veterans. He and his wife, Mary, were the owners and operators of J & M Family Shoes in Breaux Bridge for many years. Upon his retirement, he enjoyed landscaping, gardening, and Cajun Dancing. Survivors include his wife, Mary "Mae" Benoit Latiolais; four daughters, Janice L. LeBlanc and her husband, Chris, Becky L. Rodriguez and her husband, Raymond, Ellen L. Courville and her husband, Craig, and Jenny L. Miller and her husband, Bill; his daughter-in-law, Bonnie Allemond Latiolais, all of Breaux Bridge; two sisters, Jeanne L. Domingue, of Lafayette and Maryann L. Landry, of Port Arthur, TX; ten grandchildren, and three great grandchildren. He was preceded in death by his parents, Noe R. and Leontine Blanchard Latiolais; his son, Gary James Latiolais; his grandson, Roddie Rodriguez; his brother, George N. Latiolais; and his sister, Alice Latiolais Legrand. The family requests that visiting hours be observed from 11:00 a.m. until 9:00 p.m. on Sunday, June 3, 2007 and continue at 7:00 a.m. on Monday until time of service. A rosary will be recited at 7:00 p.m. on Sunday. Pallbearers will be Andrew Miller, Nick Miller, Toby Rodriguez, Clint Latiolais, Guy Reilly, and Guy Dupuis. Honorary pallbearers will be Raymond Rodriguez, Bill Miller, and Chris LeBlanc. Pellerin Funeral Home of Breaux Bridge is in charge of arrangements.
To order memorial trees or send flowers to the family in memory of James Latiolais, please visit our flower store.