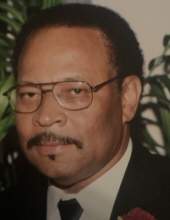 Cecilia - A Mass of Christian Burial will be celebrated at 11:00 am on Friday, February 7, 2020, at St. Rose of Lima Catholic Church in Cecilia for Patrick Boyd, Sr., 75, who passed away on Monday, February 3, 2020, at Opelousas General Hospital. The family requests that visiting hours be observed at the funeral home from 7:00 am until 10:30 am on Friday. A rosary will be prayed at 9:00 am on Friday. Rev. Gregory Cormier will officiate at the Funeral Mass. Scriptures will be read by Marilyn Babineaux. Gift Bearers will be Shayla Boyd and Briana Hypolite. Interment will follow at St. Rose of Lima Cemetery in Cecilia. Patrick was a proud member of the Carver High School Alumni of 1964. He enlisted in the United States Army on June 16, 1964 and served his country proudly until he was honorably discharged on June 15, 1970, having attained the rank of Sergeant during his time of service in the military. He enjoyed Zydeco dancing, working in his garden, and most of all, helping his extended family with their needs. Patrick always carried himself with pride and wanted his family to do the same. He was a hardworking man who provided a good life to his wife and children. He will be remembered for his kindness, striking good looks, and unique personality that made everyone feel welcomed. He is survived by his loving wife, Jessie Davis Boyd; son, Marvin Boyd of Baton Rouge; daughters, Stacy Hypolite of Breaux Bridge and Kristy Broussard and husband Walter of Houston, TX; grandchildren, David Hypolite, Briana Hypolite, Shayla Boyd, Hailey Broussard, Savannah Broussard and Erin Broussard; and brothers, Audrey "Bay" Frederick of Cecilia, Jim Boyd of Cecilia, and Nathan Boyd of Katy, TX. He was preceded in death by his parents, Webster and Suzette Frederick Boyd; son, Patrick Boyd, Jr.; brothers, Jesse and Malcolm Boyd; and his sisters, Louella B. Malveaux, Odelia Boyd, Elizabeth Frederick, and Una Boyd. Pallbearers will be Daniel Boyd, Terry Boyd, Edward Boyd, Justin Calais, David Hypolite Jr., and Lawrence Johnson. Honorary pallbearers will be Marvin Boyd, Jim Boyd, Nathan Boyd, Walter Broussard, Larry Calais, Joseph Davis, Audrey Frederick, and Edwin Gordon. Pellerin Funeral Home of Cecilia, 2238 Bushville Hwy., Cecilia, LA 70521, (337-332-2111) is in charge of arrangements. To view on-line obituary, sign guestbook and view video tribute, go to www.pellerinfuneralhome.com
To order memorial trees or send flowers to the family in memory of Patrick Boyd, Sr., please visit our flower store.