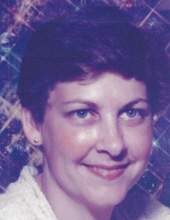 Breaux Bridge - A Mass of Christian Burial will be celebrated at 11:00 am on Thursday, September 5, 2019, at St. Bernard Catholic Church in Breaux Bridge for Peggy Thibodeaux Zerangue , 62, who passed away on Saturday, August 31, 2019. The family requests that visiting hours be observed at the funeral home from 5:00 pm until 9:00 pm on Wednesday and continue on Thursday at 8:00 am until 10:30 am. A rosary will be prayed at 7:00 pm on Wednesday. Rev. Stephen Pellessier will officiate at the Mass of Christian Burial. Reader will be Tamara Ray. Gift bearers will be her grandchildren. Interment will follow at St. Bernard Cemetery No. 2 in Breaux Bridge. Peggy was a loving and devoted wife, mother, grandmother, sister and friend. She was a faithful and devout Catholic. Peggy was a parishioner at St. Bernard Catholic Church and was a member of the Catholic Daughters. She cherished her time spent with family and friends and she will be dearly missed by them. She is survived by her loving husband, Keith Zerangue; parents, Harris J. and Sylvia Thibodeaux, Jr.; sons, Benjamin Zerangue and Steven Zerangue; daughter, Laurie Zerangue; brothers, John Thibodeaux and wife Dottie and Bryan Thibodeaux; sisters, Lydia T. Schettly and husband Bryan and Maria T. Guidry; and her grandchildren, Rayann Nickens, Katlyn Nickens, and Lonnie Nickens. She was preceded in death by her maternal grandparents, Clayton and Marie Castille, Sr.; grandchild, Steven Nickens, Jr.; brother, Gregory Thibodeaux; and her godchild, Ashley Stelly. Pellerin Funeral Home of Breaux Bridge, 211 Berard St., Breaux Bridge, LA 70517, (337-332-2111) is in charge of arrangements. To view on-line obituary, sign guestbook and view video tribute, go to www.pellerinfuneralhome.com
To order memorial trees or send flowers to the family in memory of Peggy Zerangue, please visit our flower store.