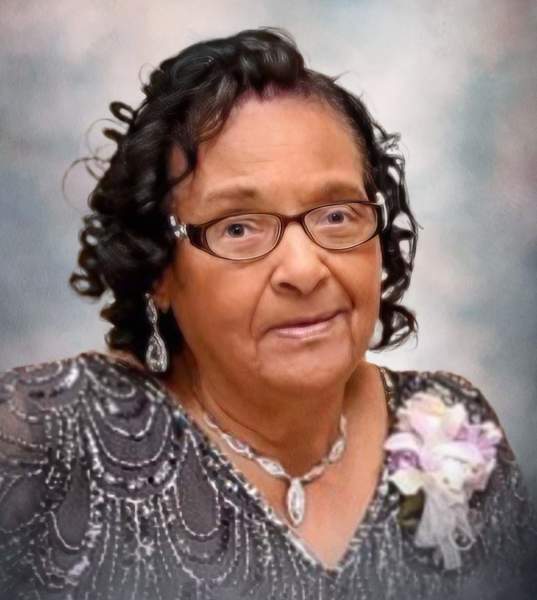 The family requests that visiting hours be observed at the funeral home in Breaux Bridge from 4:00 pm until 9:00 pm on Friday, and continue on Saturday at 7:00 am until 10:00 am.

A rosary will be prayed at 6:00 pm on Friday evening.

Rev. George-Bede Ajuruchi, SSJ will officiate at the Mass of Christian Burial. Interment will follow at St. Francis of Assisi Cemetery in Breaux Bridge.

Agnes B. Amest was born on June 25, 1932 to the late Eunice and Edgar Broussard in Arnaudville, LA. She was the youngest of four siblings. She was also known as "Ne-Nis" by family and friends.

Agnes departed this life on Thursday, June 9, 2022 at 10:38 pm at her home, surrounded by her children, grandchildren and niece.

Agnes was married to her devoted husband, Joseph C. Amest for 57 years. Her hobbies were bingo, going to the casino, playing cards and spending quality time with her children, friends and family. Her outgoing personality will be long remembered and cherished by all who knew her. She was employed by Smile, where she worked as a bus driver at Huron Center for 30 plus years.

The family wishes to acknowledge with deep appreciation, all of the prayers, visits, cards, telephone calls and other expressions of love shown to console our hearts during our time of bereavement.

We would also like to thank Dr. Charles Louis, his nurse Christine, and the staff at Ocshner Lafayette General for the exceptional medical care that they provided for our mother.

To order memorial trees or send flowers to the family in memory of Agnes B. Amest, please visit our flower store.