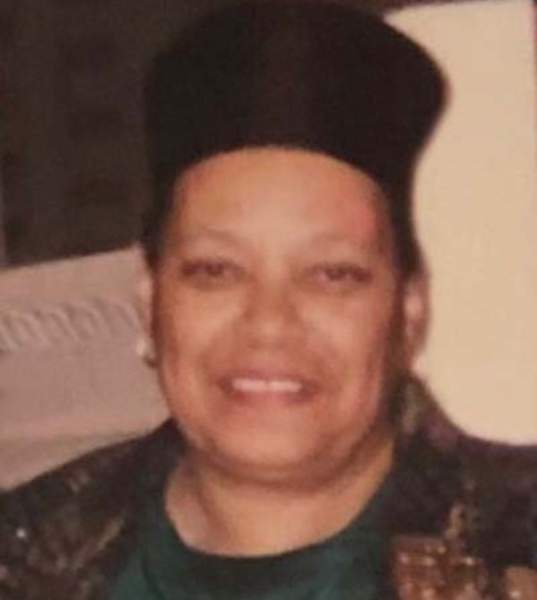 Cecilia - A Mass of Christian Burial will be celebrated at 11:00 am on Saturday, November 13, 2021, at St. Joseph Catholic Church in Cecilia for Alzina “MeMe” Gordon. She passed away at her home in Breaux Bridge on Monday, November 8, 2021, surrounded by her family.

The family requests that visiting hours be observed at Pellerin Funeral Home in Cecilia from 7:00 am until 11:00 am on Saturday.

A rosary will be prayed at 9:00 am on Saturday.

On December 10, 1939, Alzina “MeMe” was born to Batson and Eunice Arceneaux. She was the backbone of her family. She instilled in her children that God’s love is unfailing, unconditional, and unending. As a child, her mother taught her to sew her own clothes for school. She attended J.S. Clark High School in Opelousas, a distinguished school for educating black Americans during segregation. During the week, she stayed with her Aunt Mable Harris Sam. Her parents wanted her to have a better education than the local area provided. She was the first person in her family to graduate from college. She received a Bachelor of Education from the University of Southwestern Louisiana.

She married Raymond Gordon, Sr. on March 3, 1960. Together, they had 3 children. As a working mom, she received a Master of Education from Southern University A&M in Baton Rouge, LA.

She began her career as a Special Education teacher at Cecilia Primary. In addition to working at the school, she took a part time job at Wal Mart to help provide for her family. She worked as a greeter. Her warm personality drew crowds because everyone wanted to talk to “Mrs. Al”. She served as a member of the St. Martin Parish School Board for 34 years. She was an active member of St. Rose of Lima Catholic Church in Cecilia, LA throughout her adult life. While at St. Rose, she served as a Confirmation teacher, a lecturer, a trusted Eucharistic Minister, a traveling Eucharistic Minister, and a volunteer Eucharistic Minister at Our Lady of Lourdes hospital. She held many leadership roles at the church and in the community including CCD coordinator, RICA coordinator, Knights of Peter Claver Auxiliary Court #242, and 4th Degree Ladies of Grace St. Paul Chapter #3. She was a past member of Les Femme de Mode’s Debutante of Lafayette. She faithfully participated in the Black Youth Congress, the Safe Environment Program, and the Black Vicar Program with the Diocese of Lafayette. She was recognized for all her good works receiving the Martin Luther King Award, 50+ years of service at St. Rose of Lima award, Monsignor Sigur Society of Bishop Charity Ball Medal. She recently received the Bishop Award from the Diocese of Lafayette for her work and dedication.

She enjoyed organizing family events especially for Christmas and New Year’s Eve. She made the best jungle juice and the best gumbo. We are still waiting to drink the tequila (inside joke). Every year, she traveled around the country with friends visiting more than 20 states and experiencing the best things in life. She cherished her time spent with family and friends. She will be deeply missed.

The family would like to send a warm thanks to those who provided special care for our mother: Joan Moreau, Tonia Peltier, Frances Charles, Ashley Benjamin, Raquel McCorvey, Tizzalee Calais, Dr. Bryan Lebean, Hope Hospice team, and Grace Home Health and Rehab.

To order memorial trees or send flowers to the family in memory of Alzina "MeMe" Gordon, please visit our flower store.