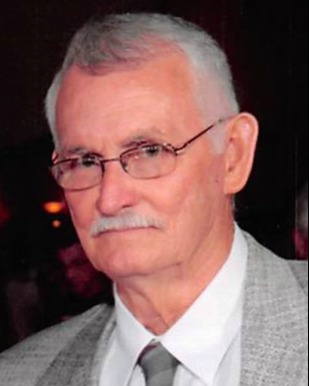 Entombment will follow in the St. Nicholas Cemetery in Patoutville, with Military Honors by the Iberia Honor Guard.

Rev. Randy Courville will be the Celebrant.

Visitation will be Wednesday from 5:00 pm until 8:30 pm at Pellerin Funeral Home in New Iberia and will continue on Thursday from 8:00 am until 10:15 am.

A rosary, led by the Men’s Rosary Group, will be prayed at 6:30 pm on Wednesday.

Mr. Guidry was born on July 23, 1932 to the late Andrew Guidry, Sr. and Mary Ellen Champagne Guidry. A lifelong area resident, he grew up on Weeks Island and proudly served our country in the U.S. Marine Corp. during the Korean War. Mr. Guidry worked 30 years for Morton Salt on Weeks Island, and then 17 years for the Iberia Parish Sheriff Department. He loved being outdoors, hunting birds, especially quail and doves, and raising his bird dogs. Mr. Guidry was a member of the Marine Corp League and the American Legion.

In addition to his parents, he was preceded in death by his father-in-law, Milton LaBiche; mother-in-law, Annie Lee Judice LaBiche Bourgeois; brothers-in-law, Jean Whitney LaBiche, Sr., Chris LaBiche and Bill LaBiche; and a sister-in-law, Patricia LaBiche.

The family would like to give special thanks to Traditions Hospice for their care and support, as well as his daily caregivers.