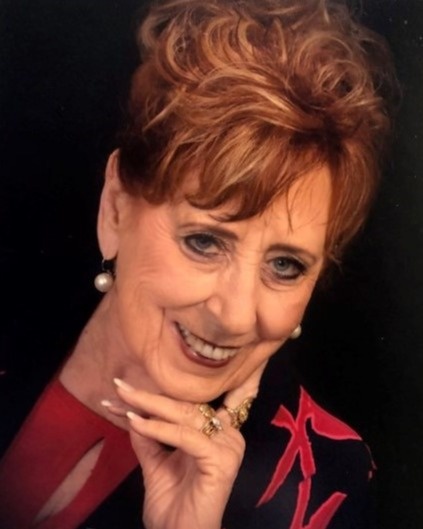 New Iberia - A Memorial Service will be held at 2:00 PM on Saturday, September 24, 2022,  at Pellerin Funeral Home in New Iberia for Anita "Chris" Richardson Wiseman, 86, who passed away on September 16, 2022 at New Iberia Manor North.

Inurnment will follow at Beau Pre Cemetery in Jeanerette.

Anita "Chris" Richardson Wiseman was born in Quanah, Texas on August 18, 1936 to the late Floyd and Icey Christine McCullough Richardson. She obtained her BS in Elementary Education from Midwestern State University in Wichita Falls, Texas, then followed her husband, David to Schollbach, Germany where he was stationed in the US Army.  Later she taught various elementary classes in several states (Wyoming, Montana and Louisiana) as she and Dave moved to various job assignments with Amerada Hess. The move to New Iberia with Texaco was their last because they fell in love with Cajun culture, the people of New Iberia, and their beloved LSU Tigers. Chris began her teaching career for the Iberia Parish School System in 1965, teaching 4th grade at Hopkins Street Elementary and then at North Lewis Elementary. The loss of her son, Bruce in 1979 was devastating, so Chris focused on being an educator and received a Master’s Degree in Education Administration in 1984. She became principal at Grand Marais Elementary for five years before becoming principal at North Lewis Elementary in 1989 for 17 years. Chris was instrumental in starting the French Immersion program for the public school system in Iberia Parish, but being principal of North Lewis Elementary is why much of New Iberia remembers Mrs. Wiseman. Chris and Dave are lifetime members of the Baptist church, and faithfully followed Dr. Steve Horn from Highland Baptist Church in New Iberia to First Baptist Church in Lafayette, where they are still members today. In 2002, Chris was honored at the LA Sugarcane Festival for being the Best Dressed in New Iberia. After retiring in 2006, Chris became involved with the Bayou Teche Museum where she was the Vice-Chairman and board member. Specifically, she was in charge of soliciting and training volunteers for the museum until her illness. Chris was active in Kappa, an Educational Organization, as well as a member of the Kiwanis Club of New Iberia for many years, which is dedicated to volunteerism, fundraising, and community service, which fit very nicely because Chris dedicated her life to being an Educator and excelled in Community Service. Chris loved being with friends and playing Bridge with several groups as well as being a member of the Fortnightly Club, which began in 1924 and is dedicated to literary study and the preservation of the first women's club in New Iberia.

In addition to her parents, she was preceded in death by a son, Michael Bruce Wiseman; and a brother, Charles Edwin Richardson.

The family would like to thank the caregivers that did such a wonderful job of taking care of Chris over the past 2+ years like their own family: Joyce Linzer, Tomekia Vital, Gwen Politte, Cherry Fusilier, Lillian Bobhomme, Gloria Joseph and Gwen George.

To order memorial trees or send flowers to the family in memory of Anita Christine Richardson Wiseman, please visit our flower store.