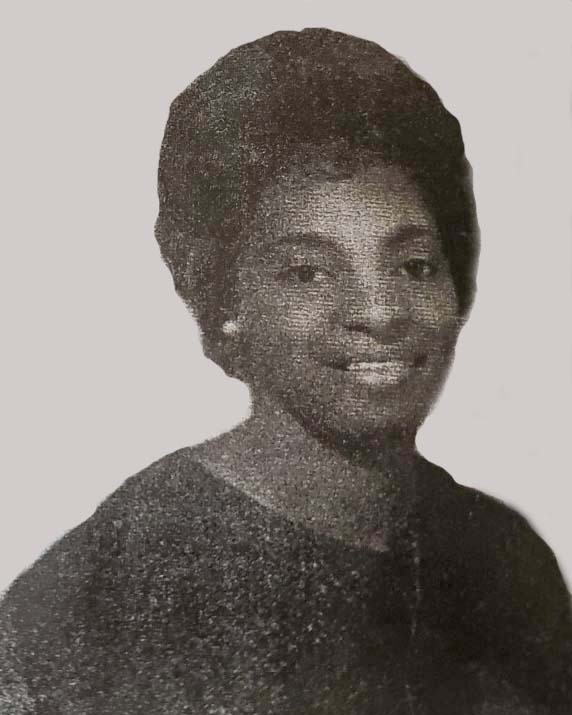 A visitation will take place at the funeral home in Breaux Bridge on Saturday from 7:00 AM to 10:00 AM. A Rosary will be prayed at 9:00 AM on Saturday morning.

Rev. David Rozas will officiate at the Funeral Mass. Scriptures will be read by Michelle Mason. Gift Bearers will be Marie Mouton and Elizabeth Dauphine. Musical selections will be provided by Francis LeBlanc.

Anna Belle Durand Reed was born July 10, 1941 in Parks, LA and received her wings on December 28, 2022 in Des Moines, WA. She was planning on returning to live back in her hometown of Parks, LA, but God needed her home in heaven. She was married to the late Walter A. Reed Jr. and during their union they had a son Walter A. Reed III, whom she called Tony. Tony also went to be with the Lord on Mar 4, 2022, which was very hard for her to overcome and weighed heavy on her heart. But she knew God makes no mistakes.

Anna Belle affectionately called “Belle” was a loving and caring mother and grandmother and great-grandmother, who helped raise her grandchildren. She loved kids whether they were related or her school kids. She considered them all as gifts from God. She loved to shop for clothing/jewelry and go out to eat at restaurants. Belle grew up in Parks and spent most of her life there until her illness when she moved to Des Moines, WA with her son.

Belle enjoyed serving her church and community and was a member of Peter Claver St. Cecile Court #53 Ladies Auxiliary of Parks, LA for 36 years and served as Grandlady for several years. She was also a member of the Knights of Peter Claver 4th degree Ladies of Grace, St. Paul Chapter 3 of Lafayette, LA. She was also a member of the Catholic Daughters of America, St. Gregory Court #2490 of Parks, LA. Anna Belle organized the Senior Citizen’s Day in St. Martin Parish which was held at Breaux Bridge Elementary School each year during Black History Month in February. She also was responsible for the Black History programs at the school.

Belle was a highly educated woman, which was rare during her early lifetime. She believed one could not get enough education and it was the key to better lifestyle. She earned a Bachelor of Science at Southern University-Baton Rouge, in 1964, majoring in Social Studies and a minor in Library Science and was hired by St. Martin Parish School Board in 1964 in Library Science, becoming a Librarian. While a Librarian she obtained a Master’s in Education at Southern University in 1974, earned a Certification in Library Science and was almost done with her Ph.D. at the University of Lafayette. But with a Ph.D. she would have to move to Baton Rouge to get the better earnings, but she didn’t want to leave the Parks area, nor the Breaux Bridge school. She retired in July 1974 with 30 years in the education system, but since she loved her career, she joined the “Drop Program” and worked until 2009 obtaining 45 years in the system.

Belle had a host of friends and co-workers, here are a just a few she kept in contact with, Lillian Clement, Marie Mouton, Eva Potier, Annabelle Thibodeaux, Shirley Alexander, Edna Johnson, Ruby Celestine, Betty John, Stephanie Babineaux. She loved talking on the phone and visiting when she was in Parks. She is known for remembering her students and would recognize and talk to them when she saw them around Parks and Breaux Bridge. They all spoke highly of her.

The family of Anna Belle Durand Reed wishes to express our sincere appreciation and deepest gratitude to everyone for all their love, kindness, support, and prayers during our time of sorrow. Your prayers have increased our faith, your words have encouraged our sad hearts, and your presence has given us arms to lean on.

Special acknowledgements to the staff at Seatac Kidney Center in SeaTac, WA, and the Des Moines Senior Activity Center; her granddaughter Hillary Reed, her Aunt Linda Johnny, her niece Janice Hypolite and her daughter-in-law, Leanne Sahli-Reed whom were instrumental in helping her in her time of need.

To order memorial trees or send flowers to the family in memory of Anna Belle Durand Reed, please visit our flower store.