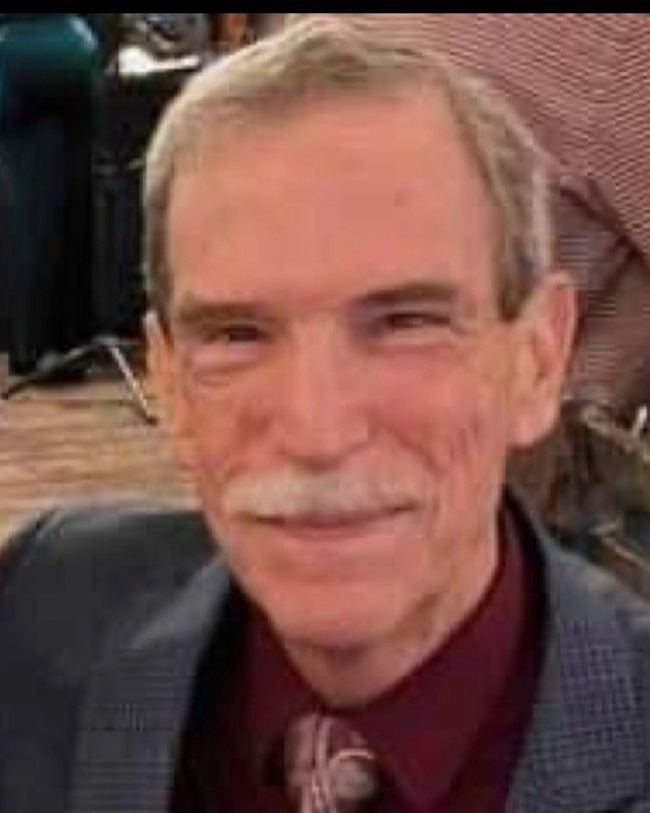 New Iberia - On February 22, 1953, an angel on earth as we knew him to be, was born by the name of Austin Edwin Whipp Jr., 69, to the parents of Austin Edwin Whipp Sr., and Vernalee Badeaux Whipp. He received his final call to come home, surrounded by those whom he loved dearly, on the evening of December 14, 2022.

A Mass of Christian Burial will be celebrated at 11:00 am on Saturday, December 17, 2022, at Our Lady of Perpetual Help Catholic Church. Entombment will follow in the Holy Family Cemetery. Rev. Garrett Savoie will be the Celebrant.

A rosary, led by the Men’s Rosary Group, will be prayed at 7:00 pm on Friday at Pellerin Funeral Home.

Edwin married the love of his life, Carol Elizabeth Hall, on August 26, 1973. Their love story, a true love story here on earth, lasted 49 wonderful years, and undoubtedly will last for an eternity. Together, they lived a life of love, compassion, and service not only for each other but for every person’s path they crossed.

Edwin knew no stranger and was always willing to lend a helping hand when needed (and not so needed). He was very proud to be of service to his community, which started at a very young age. Growing up, he was a member of Paul Schwing’s Troop 133; earning the rank of Eagle Scout, and a member of the Junior Knights of Columbus. He continued his life of service as an active member of the Knights of Columbus; obtaining 4th Degree Knight, Optimist Club, Boy Scouts of America, and all the churches he attended.
He was a current member and Eucharistic Minister, along with his wife, Carol, at Our Lady of Perpetual Help Church.

Many of you may also know Edwin for his 43 years of service to his beloved community as a Pharmacist. During that time he was employed for Eckerds, Delaunes, CVS, & Walgreens. His passion for people and his career led him to acquire a grant to develop a program that did testing on school aged children for diabetes, so that they could receive the proper care early on. He was also proud of the diabetes class that he developed. He thoroughly enjoyed educating people on how diabetes affected their health and the small changes they could do to make it better. During the Covid-19 pandemic, he felt it was his upmost duty to go to the different parishes and help vaccinate the elderly. His compassion for the elderly overflowed into his wife, Carol’s life work for the Council On Aging in Iberia Parish. He always worked endlessly to ensure everyone was always taken care of the way he would want to be taken care of. Not long before his passing, we found Edwin taking continuing education courses to ensure he maintained his license. This goes to show the love he continued to have for each and every one of you.

He passed on his legacy of love, compassion, and service to his five beautiful children; Melissa Lynn Whipp, Jennifer Blair Whipp-Slaughter, Devin Michael Whipp, Paige Marie Whipp, and Caitlin Elizabeth Whipp, all of them he most proud of more than anything in this world. He has three grandkids; Taylor Whipp, Kinsey Smith, & Wyatt Slaughter, and one great granddaughter, Avayah Fontenette. There was never a time where he was not in attendance of a dance recital, chess match, swim meet, softball tournament, football game, graduation, the list can go and on! He was there for it all and he beamed with joy for each and every one of them and the lives they created for themselves.

Austin Edwin Whipp Jr. was a true man of God. He was a angel on earth, & now he is our angel up in heaven. He would always say, “I have Pancreatic cancer. Pancreatic cancer does not have me. I am on God’s time.” He LIVED joyously until he received his final call; a saying that his surviving sister Ann Whipp Fruge (John) who graduated in May from college at age 67 who said” I may have Parkinson’s But it doesn’t have me”, she received a standing ovation and Edwin was there to celebrate her accomplishment.

Edwin was proceeded in death by his parents, Austin Edwin Whipp, Jr and Vernalee Badeaux Whipp, his maternal grandfather and grandmother, Renee Badeaux and Emily Abadie Badeaux, his fraternal grandfather and grandmother, Ivy Andrew Whipp, and Jenny Thompson Whipp and his beloved aunt and godmother. Yvonne Badeaux Koch. Also, preceding him in death was his sister, Charlene Whipp Stelly (Xavier) and his brother, Roy Andrew Whipp.

Death takes the body, God takes the soul, our minds hold the memories, our hearts keep the love, our faith lets us know we will meet again.

Memorial Contributions may be made to Food with Love, Iberia Council on Aging, or to the charity of your choice.

To order memorial trees or send flowers to the family in memory of Austin Edwin Whipp, Jr., please visit our flower store.