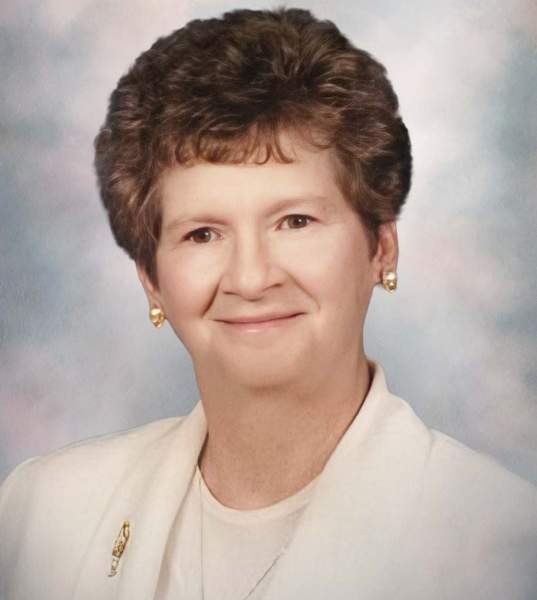 Henderson - A Mass of Christian Burial will be held at 11:00 am on Saturday, August 6, 2022 at Our Lady of Mercy Catholic Church for Barbara Arnaud Bergeron, 80, who passed away on Thursday, July 28, 2022 at her residence.

A rosary will be prayed at 7:00 pm on Friday evening.

Father Randy Courville will officiate at the funeral mass. Interment will follow at St. Michael the Archangel Cemetery in Henderson.

Barbara Ann Arnaud Bergeron was born February 23rd, 1942, the youngest of 12 siblings, to Samuel "Sam" Arnaud and Ezaure Olivier Arnaud. She was raised on a 35-acre farm where she helped raise chickens as well as grow cotton, cabbage, corn, and sweet potatoes. Beginning school at age 7, Barbara had to repeat 1st grade because she spoke too much French. The nuns would not let her progress until she spoke English fluently. She attended school in Cecilia for grades 8 through 10, until she dropped out to care for her ailing mother.

At age 19, her mother encouraged her to pursue her own dreams. Barbara moved to Port Neches, TX where she stayed with her sister Mary Belle. Getting a job at S&H Kress in Port Arthur, TX she soon got an apartment there. Not long after celebrating her 21st birthday, she discovered she was pregnant. Although she and the father wanted the baby, it was not the right time for either. They selflessly gave her up for adoption. Barbara had a health scare after giving birth and returned to Arnaudville, LA for recovery.

A few years later she met and married the most wonderful and understanding man, Lester Bergeron. Lester and Barbara married on April 22nd, 1967 at St. Regis Catholic church in Arnaudville, LA. They moved to New Orleans, LA a few months after being married for Lester to start his career with the Army Corps of Engineers. There they started their family with the birth of their oldest son Neal. Lester accepted a position at Freshwater Bayou Locks and the family moved to Intracoastal City, LA where their other two boys, Charles and Kenneth, were born. Lester, Barbara, and the boys would move several times throughout the years following Lester's career progression.

Barbara would always quickly make friends in every community that the family resided (Intracoastal City, Lake Charles, Ester, Forked Island, Pierre Part, and Butte LaRose) and was always active in her Catholic faith. She was an active member of the Altar Ladies Society and a eucharistic minister in every church parish along the way.  She was always sharing her faith and praying for all along her journey of raising three boys, being a dedicated wife, and devoted Catholic parishioner. Barbara and Lester loved being with family and would pack up the boys to travel to the Arnaudville/Henderson area for weekend visits with their brothers and sisters. She enjoyed coordinating family reunions for everyone to gather and reminisce. She loved seeing the joy on everyone's faces who came to the gatherings. Barbara was blessed to be reunited with her daughter, Suellen Ener, that she gave up for adoption and has enjoyed seeing her and getting to know the family.

Honorary pallbearer will be Tyler Ratley.

To order memorial trees or send flowers to the family in memory of Barbara Arnaud Bergeron, please visit our flower store.