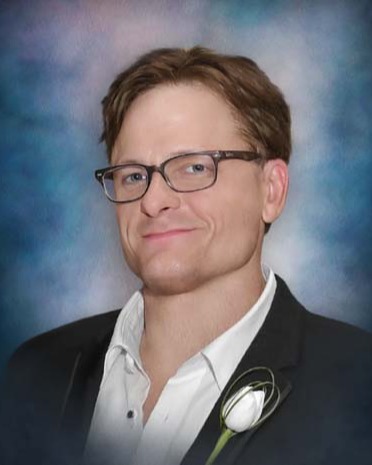 Friends and loved ones are grieving the tragic loss of Beau Mitchell Guidry, who passed away on Thursday, December 22, 2022, in New Orleans. He was 44 years old.

Beau grew up in Cecilia, the eldest of three children. He attended Cecilia schools, where he enjoyed sports and socializing. He especially loved football and spent high school playing an integral role in the most successful 4-year streak in school history, culminating in the Class 3-A State Championship win with an undefeated 15-0 record in his senior season. Beau was a 1996 graduate of Cecilia High School where he was voted “wittiest” by his fellow classmates.

After attending UL Lafayette as a Business major, Beau chose a less conventional path to learn some of life's invaluable lessons. The life of every party, his travels took him across the lower United States where he made countless friends, enjoyed wonderful experiences, and learned many difficult lessons along the way.

Eventually, Beau landed in New Orleans and decided to stay awhile, earning his associates degree at Delgado Community College. His various professional and personal pursuits kept him busy. In the last season of his life, he combined his knack for building and his love for entertaining when he found a career as a gaffer in the local entertainment industry. While living and working in New Orleans, Beau would turn a casual hobby into his life’s passion— foosball. As was his way, Beau made fast friends in the Louisiana foosball community and spent the greater part of his last 12+ years honing his skills to play amongst the best foosballers in America. He earned many hard-fought wins along the way and was at the top of his game before his untimely passing, having recently taken first place in events at multiple 2022 professional competitions including Mississippi and Kentucky’s annual state tournaments and a national Hall of Fame Classic tournament in Las Vegas earlier this year.

Beau enjoyed spending time with his loved ones, helping others, cracking jokes and making people laugh. He was incredibly proud of his two younger siblings and their respective families, visiting regularly and even moving back to Acadiana from New Orleans temporarily during COVID. He was known to drop whatever he was working on at a moment’s notice to help a friend or neighbor in need. He had a unique insight into humanity and enjoyed sharing his musings through stimulating conversations. Beau lived life on his own terms and was endearingly eccentric. His hilarious sense of humor left an impression on everyone he met. Those who loved him will miss his distinct raspy voice cracking ridiculous jokes, his caring, kind eyes and mischievous grin, and his loving embrace as he pulled you in for a tight hug or a back rub.

Beau’s family would like to give their most heartfelt thanks to all who loved him, including the foosball community that he cherished so much; may we all be lighter in his afterglow.

To order memorial trees or send flowers to the family in memory of Beau Mitchell Guidry, please visit our flower store.