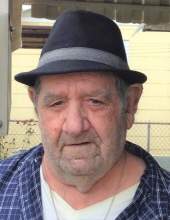 New Iberia – A funeral service will be held at 7:00 pm on Wednesday, September 1, 2021 at Pellerin Funeral Home in New Iberia for Bobby Allen LaBiche, Sr., 83, who passed away on Monday, August 23, 2021, in New Iberia.Deacon Chris Doumit will officiate. A gathering of family and friends will be at the funeral home from 3:30 pm until 7:00 pm on Wednesday. A rosary, led by the Men’s Rosary Group, will be prayed at 6:00 pm on Wednesday. A native and resident of New Iberia, Bobby Allen LaBiche, Sr. was born on August 23, 1938. He retired as a welder from McDermott, then worked for the City of New Iberia for many years. Bobby was very punctual and a creature of habit; he hated to be late for anything. A member of Hardy's Coffee Club, he loved shooting pool, boxing, wind chimes and drinking beer, and he had an extensive Fedora hat collection. He was avid motorcycle fanatic, and the Bandidos would even come from Morgan City to have Bobby work on their bikes. He will be deeply missed. Mr. LaBiche is survived by his loving wife of 63 years, Eugenia Hatfield LaBiche; two daughters, Gwen Barrilleaux (Rody) of New Iberia, and Robin Breaux (Rene) of Carencro; two sons, Bobby LaBiche, Jr. (Monique) of St. Martinville, and Aaron LaBiche (Kristi) of Abbeville; four siblings, Eugene LaBiche (Helen) of New Iberia, Dozelia Darryl LaBiche (Pamela) of Marrero, Amanda Seneca (Cal) of New Iberia, and Kevin LaBiche (Marian) of New Iberia; 18 grandchildren; and 21 great-grandchildren. He was preceded in death by his father, Dozelia "Doze" LaBiche; mother, Gussie Comeaux LaBiche Fremin; two grandsons, Brandon and Kyle LaBiche; and three great-grandchildren, Maddy Bila, and William and Levi Louviere. Pellerin Funeral Home, 502 Jefferson Terrace Blvd., New Iberia, LA 70560 (337-365-3331) is in charge of arrangements.<iframe class="ts_player" allowfullscreen="true" allowtransparency="true" allow="autoplay; fullscreen" frameborder="0" height="330" scrolling="no" src="https://www.tributeslides.com/videos/embedded_video/NN7NQSXFY8KLB9DT" width="512"></iframe>
To order memorial trees or send flowers to the family in memory of Bobby Allen LaBiche, Sr., please visit our flower store.