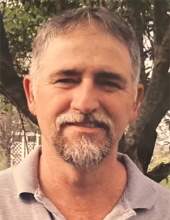 Bryan (Pappy) James Thibeaux received his crown of life that God promised to those who love Him on Thursday March 25, 2021. Bryan was a lifelong resident of New Iberia. Bryan loved the Lord with his whole heart. The legacy he leaves are the believers he discipled for Christ. As well as an army of young people to carry on the work he started. Bryan was a teacher, mentor, friend, and example of the life we should live as God’s children. He earned his bachelor’s in theology from Christian Life School of Theology, through Faith Cathedral World Outreach in New Iberia. Bryan was a man of many talents, building, plumbing, electrical, mechanics, and anything that needed to be fixed he would give it his best. He was always ready to lend a hand in any capacity to those who needed help. Bryan constantly sought knowledge He loved history, geography, music, culture, wildlife and was always eager to share what he learned with others. Bryan was the person others went to for advice, prayer, counseling, wisdom, and they left with more wisdom, understanding, confidence, and peace. One of his hobbies was raising animals and birds, which he freely gave to others so that they could produce their own. He always said a person needs a hobby and encouraged others to raise animals for themselves. His greatest joy were his children and grandchildren, who were all favored equally by him. Although, he had a way of making each feel as though they were his favorite. He was their go to from a small splinter to a big heart break. Each one believed, “Pappy can fix anything.” Eagerly looking forward to their heavenly reunion are his wife of thirty-eight years Pamela Picard Thibeaux of New Iberia. His daughter Lacie Thibeaux Mayon her husband Matthew August Mayon, and daughter Tarra Thibeaux Ducharme her husband Shay Craig Ducharme. Granddaughters Abigail Janae Brown, Jada Nicole Francisco, Joelle Beth Thibeaux, Miranda Nicole Mayon, Lilyona Bryanne Mayon and grandsons Josiah Thibeaux Benoit, and Trae Craig Ducharme. Also, several nieces, and nephews he considered his own. He is preceded in death by his father Preston Joseph Thibeaux, Mother, Rita Mae Thibeaux, and sister D’aun Rae Thibeaux Shampine. Visitation will be Thursday from 1:00 pm until 2:00 pm at Our Saviors Church, New Iberia Campus. Memorial services will be at 2:00 pm Thursday. Interment will be at a later date.
To order memorial trees or send flowers to the family in memory of Bryan James Thibeaux, please visit our flower store.