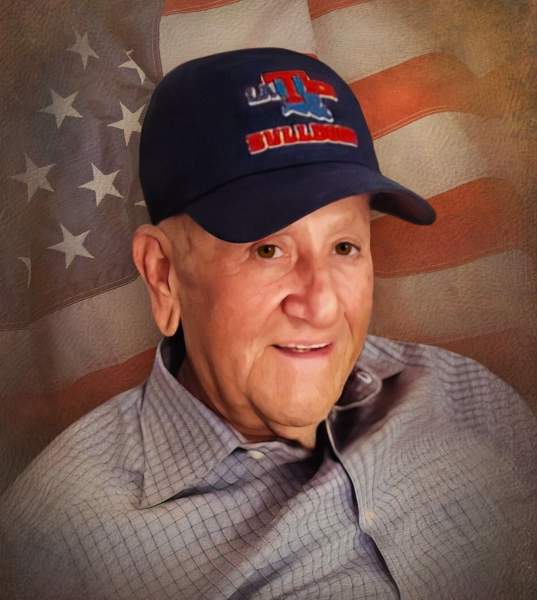 Breaux Bridge - Funeral Services will be celebrated at 1:30 pm, on Friday, August 12, 2022, at St. Bernard Catholic Church for Carl Joseph Chitty, 93, who passed away at Ochsner Lafayette General Medical Center.

Deacon Butch Hebert will officiate at the funeral service. The reader will be Beverly Chitty and the vocalist will be Lexie Weber Dickson.

Interment will follow at St. Bernard Cemetery #2 in Breaux Bridge.

Carl grew up in Breaux Bridge serving as an altar boy for several years at St. Bernard Catholic Church.  He graduated from St. Bernard High School and attended SLI (now University of Louisiana at Lafayette) and studied engineering.  After his mother passed away, he left college, and enlisted in the Navy to help his sister support the family.

He served 5 years in the Navy, one of which was due to a yearlong extension brought on by the Korean War.  As a Navy Seabee, Carl was trained as a surveyor.  He was instrumental in surveying an undeveloped piece of land, which became the site of the  airstrip for the Subic Bay Naval Base in the Philippines.  The airport was later known as Naval Air Station Cubi Point, and subsequently was named Subic Bay International Airport.  He set a benchmark in the Philippines, which is a permanent reference point in geological surveys.

After he returned from the Philippines, Carl helped survey the land to lay out the plans for St. Bernard Cemetery #2.  He loved riding horses, and owned quarter horses.  He enjoyed racing them at the country dirt tracks.  He raised cattle for several years, until he was unable to do so because of work.

He worked for several oil companies starting as a roughneck, working his way up, and ultimately becoming the Manager of Sperry Sun, which was later known as NL Sperry Sun.  After retiring, he opened his own business known as S.S. Rentals until his final retirement.  During his employment, he was the Director of Lagcoe, and a Director of the Gulf Coast Oil Center Golf Tournament, which was held each Father's Day weekend at Oakbourne Country Club.

After his final retirement, keeping his yard maintained became his favorite pastime.  Mike Gary, his nephew, made sure that Carl's tractor was always in good working condition.

He looked forward to spending every Friday evening with another nephew, Wayne Gary.  He would join Carl for a little wine, and the evening news.

Carl married Janet "Mickie" Mouton, had 2 children, and several grandchildren, all of whom loved him dearly.  He supported his wife's wish to attend college after their last child graduated.

Carl was a member of the St. Bernard Catholic Church Ushers, Lions Club, American Legion, and the Veterans of Foreign Wars.

He is preceded in death by parents, Leo and Birdie Martin Chitty; brothers, Irvin Chitty and Wayne (Mavis) Chitty; sisters, Leona Chitty and her husband, Buddy Yandle, and Rita Ray Chitty; and his brother-in-law, Buddy Lambert.

To order memorial trees or send flowers to the family in memory of Carl Joseph Chitty, please visit our flower store.