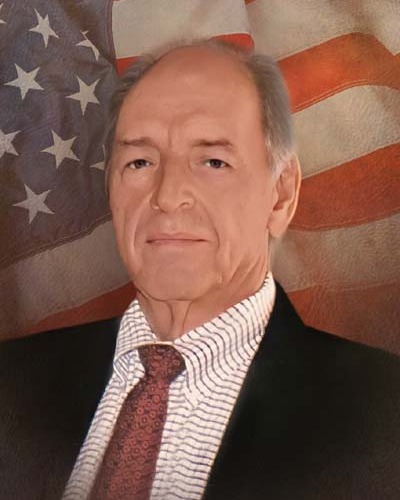 Carroll Joseph Green, aged 94, passed from this life on January 22, 2023, at his home, with his caregiver daughter, Valerie, by his side.

He began his career in the oilfield in 1955 working for Sperry Sun Well Surveying Company. Many was the night he was called out to a location to run surveys, spending many days at a time on 24-hour call. He became District Manager of Sperry Sun in Lafayette, La. After leaving Sperry Sun he worked for various oilfield companies, eventually starting his own well surveying company, Benchmark Surveying. With the rapidly developing Measurement While Drilling (MWD) technology, he went to work for Teleco and was able to contribute his expertise and engineering skills in the development of their MWD system as Regional Manager. Carroll traveled the world for business visiting Greece, Scotland, Egypt, and Germany. He went on to implement the MWD system for Thomas Tools and its innovative owner, Mac Thomas, as Operations Manager of the MWD group. That MWD segment was absorbed into Pathfinder and Carroll continued working for Pathfinder until age 86, retiring in 2014. He made thousands of life-long friends in his 60-year career in the oilfield. He worked in a profession that was going through rapid technological changes and he was fond of saying "I swung from wooden ships to steel platforms", when old wooden crew boats would bring him out to offshore oilfield platforms to run surveys. But this saying is also a deep metaphor for the technological advances he witnessed and helped to bring about in his profession.

In 1946 he joined the U.S. Navy and was selected to be part of the SeaBees. His career took him to Little Creek, Virginia, San Diego and Port Hueneme, California, Puerto Rico and Vieques Island, and finally to Port Leyote, Morocco, North Africa, spending one year in that country. He recounted his adventures in all those areas to friends and family all his life. Awarded the World War II Victory medal in November 1949. Following his military service, he attended Southwestern Louisiana Institute (now ULL) pursuing an engineering degree.

He had a passion for competitive shooting sports and was the President of the Hub City Rifle and Pistol Club for decades. He spent many years scouting for a new location for the Club, moving it to the outskirts of Arnaudville, renaming the club The Fusilier Complex. The rifle line at the Fusilier Complex has been named in honor of his many years devoted to the development of both clubs.

An inveterate storyteller, he could hold your attention for hours on the most intriguing and interesting topics, most of which were from his own personal experiences, enhanced by his love of books covering a wide variety of subjects. The volume of the storehouse of his memories was phenomenal. He never forgot a name, place, or face.

If there was a problem to solve, whether it was a gunsmithing problem or how to fix anything that came his way, his intelligent, logical mind always found a solution. His creative curiosity propelled him through life.  His "canaille" sense of humor was legendary. He could find humor in everything, even in the darkest of times.

Carroll was married to the love of his life, Greta Castille Green, for 66 years.
The oldest son of George and Lydia "Catine" Broussard Green, he was born on the banks of the Bayou Teche in Breaux Bridge, Louisiana on the family property.

His was a testament to a life truly well lived, making positive impacts on his family and friends, a shining example of what it means to be a loving and caring human being.

Carroll was predeceased by his loving wife, Greta, parents, George and Lydia Green, brothers, Richard Green and William Green. Survivors include his children, Valerie Green LePretre (his caregiver) her husband James of Lafayette; Kort Green of Arnaudville; and Morgan Green and his wife Patty East Green of Youngsville; granddaughters, Stephanie Green, Kortni Nelson, Elizabeth Nelson and one great grandchild, Leila Lagneaux; one brother, Allen Green of Breaux Bridge and many nieces and nephews.

The family wishes to thank Dr. George Sagrera and his wonderful, loving staff for his long-time care; his home health nurse, Angela Anderson, physical therapist, Dane Durand, caregiver, Dianne Alexander, and Hospice of Acadiana. The family owes a huge debt of gratitude to Carroll's best friend, Bobby Ayo, who brought home-cooked meals for Carroll, helped maintain the residence, and visited with him several days a week, enriching Carroll's life immensely. Special thanks to Carroll's friend Neal McDonald for all his visits, keeping him company. We are very blessed and thankful to have Patty East Green in our family. Her nursing skills, valuable expertise, and loving care of Carroll greatly enriched his life.

In lieu of flowers, please make donations to the charity of your choice.

Honorary pallbearers will be Kort Green and Morgan Green.

To order memorial trees or send flowers to the family in memory of Carroll Joseph Green, please visit our flower store.