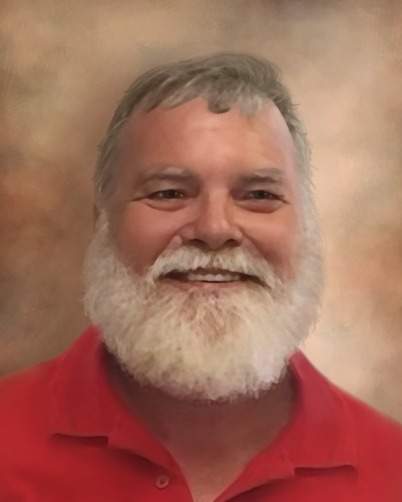 New Iberia - A Celebration of Life will be held at 11:00 am on Saturday, September 24, 2022 at Pellerin Funeral Home in New Iberia for Clint “Beefy” Broussard, 65, who passed away on Tuesday, September 6, 2022 at Iberia Medical Center, surrounded by loved ones.

A lifelong resident of New Iberia, Beefy was born on March 26, 1957 to the late Reving Jr. and Jacqueline Penn Broussard. He was fond of his time spent at Dodson Elementary, and was proud to be a 1975 graduate of New Iberia Senior High before becoming an equally proud, self-proclaimed “professional student” at USL. After university, he dedicated his time to helping his parents run the family business, Jem Products.

Beefy had a caring, generous heart and loved volunteering as often as possible around New Iberia. It would be impossible to list the many organizations that received his help over the years, but he was most devoted to children in the community through his involvement with New Iberia Recreation Department and volunteering as Santa Clause each Christmas. His favorite community events each year were pulling the Dodson Dragons’ float in the Sugar Cane Festival Children’s Parade and helping with the Lazy Lounge St. Jude Chili Cookoff, both of which he looked forward to for months in advance. A proud Eagle scout, Beef regularly guided others to live up to their potential and became a mentor and honorary father to many. He was instrumental in establishing Catholic High School’s Girls Soccer program and was the baseball, softball, and soccer coach for countless kids over the years. Although he was incredibly humble and preferred to improve the community behind the scenes, one of his most honored moments was being inducted into the NIRD Adult Softball Hall of Fame, joining many members he greatly respected.

He was a familiar face at many establishments downtown and was well loved for “sticking to the program” by rarely changing his routine. However, his routine made sure to incorporate plenty of time to travel the country, and he was known for regularly taking week-long road trips which included spur-of-the-moment 1,000 mile “detours”. Beef’s love of travel began as soon as he could drive, when he and favorite friends would leave school on their motorcycles many Fridays, only to return from cross-country road trips with barely enough time to make it to class on Monday morning. His greatest joy and fondest memories were time spent with his closest friends who were the brightest spot in his life.

Many will fondly miss Beef’s wisdom, guidance, generosity, sense of humor, and love of having a good time. When we’re sad, we need only remember some of his many sayings, as he would remind us: “I’ve had a great tour. It’s been a privilege and a pleasure.”

In addition to his parents, he was preceded in death by a brother, Zane Broussard.

The family would like to extend special gratitude to Charles and Therese Broussard, Jimmy and Karen Verret, Brian and Kathy Friend, and Beefy’s godmother, Gail Boudreaux, for their dedication, love, and support during his illness.

In lieu of flowers, the family asks that memorial donations be made to St. Jude Children’s Research Hospital, 501 St. Jude Place, Memphis, TN 38105, or to Live Like Liam, 2712 Blue Haven Dr, New Iberia, LA 70563, in honor of Liam McDuff, whom he loved and admired.

To order memorial trees or send flowers to the family in memory of Clint "Beefy" Broussard, please visit our flower store.