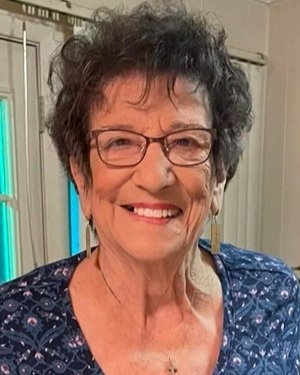 New Iberia- Dalel Theresa Helo Ackal, age 89, was called home to be with her Lord and Savior, Jesus Christ, on October 7, 2022. A gathering of family and friends will begin on Friday October 14th from 5:00pm until 9:00pm at Pellerin Funeral Home, New Iberia, Louisiana. With a rosary prayed at 7:30 pm.  Visitation will continue Saturday, October 15th from 8:30 am until 10:15 am with a Mass of Christian Burial celebrated by Rev. William Blanda and Deacon Reed Bellingham beginning at 11:00 am at St. Peter’s Catholic Church. Entombment will follow in the Holy Family Cemetery.

Dalel was born in Crowley, Louisiana where she attended and graduated from St. Michael’s Catholic High School. After graduation, she studied Education at Southwestern Louisiana Institute (ULL) . While attending University, Dalel was a member of the Women’s Student Government Association, President of Delta Sigma Kappa Sorority, and a court member of the annual Camelia Pageant Celebration.  She was also an active member of the University’s women’s tennis, basketball, and softball teams.

After graduation, Dalel spent 43 years teaching at both private, parochial and public schools in Iberia Parish. Her legacy lives on in the halls of every school she graced but also in the guidance she bestowed upon the many students who were fortunate enough to have her as a teacher and mentor. She was appointed the first female-layperson Vice Principal at Catholic High School; an honor she treasured.

Throughout her life she was involved in various community initiatives both civic and social. She was an avid supporter of the Arc of Iberia and the Special Olympics. She was a member of the Muscular Dystrophy Association and served as the District President of Le June’s Amis. Dalel attended mass and served as an Eucharistic Minister at St Peter’s Catholic Church.

Dalel will be missed most profoundly by her family, friends, students, and the many lives she has touched; all whom valued her sincerity, kindness, unconditional acceptance, and genuine concern.

In lieu of flowers, donations may be made to St. Jude Children's Hospital.

To order memorial trees or send flowers to the family in memory of Dalel Helo Ackal, please visit our flower store.