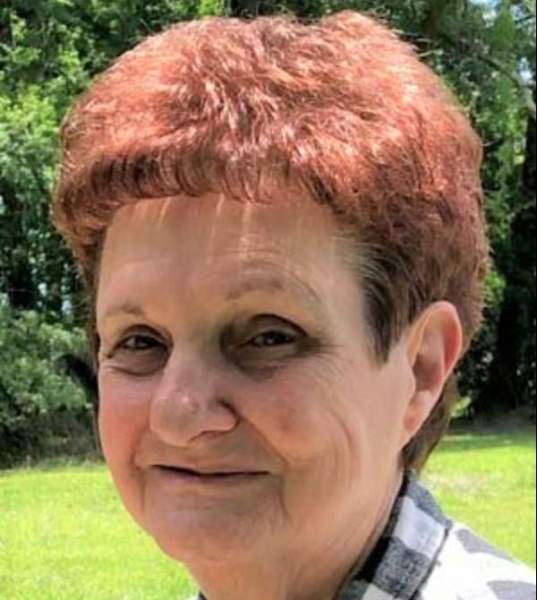 New Iberia - A Mass of Christian Burial will be held at 10:00 am on Friday, December 31, 2021, at Our Lady of Perpetual Help Catholic Church in New Iberia for Dolly Duplantis, 74, who passed away on Tuesday, December 28, 2021, at The Carpenter House of St. Joseph Hospice in Lafayette.

Interment will follow at Holy Family Cemetery in New Iberia.

The family requests that visiting hours be observed at Pellerin Funeral Home from 5:00 pm until 9:00 pm on Thursday, and continue on Friday at 8:00 am until 9:30 am.

A rosary, led by Deacon Kirk Duplantis, will be prayed at 7:00 pm on Thursday.

Dolly Jean Richard Duplantis was born in San Antonio, Texas on April 15, 1947 to the late Lester and Patricia Segura Richard, and was very active in Woodmen of the World. She was a huge fan of Elvis, the New Orleans Saints, and the St. Louis Cardinals. If there was a Cardinals baseball game on TV, she wasn't going anywhere! Her favorite Burger King was the one on Lewis near Hwy. 90 where they all knew and loved her. Dolly also enjoyed playing cards, going to the casino, and reading, but what she cherished most was time spent with her family. She will be deeply missed.

In addition to her parents, she was preceded in death by her husband, Terry Duplantis; a daughter, Lynn Claire Oubre; stepdaughter, Ashley Duplantis; and a step-grandchild, Ashton Deshotel.

The family would like to express their heartfelt appreciation to Dollie, Joyce and Legia from Burger King; sitter Tawanna; Rena, Mona and all the ladies at Garden View Assisted Living; and Chaplain Francis Fontenot and the amazing staff of The Carpenter House of St. Joseph Hospice for extraordinary care and compassion. You are truly angels on earth.

Memorial contributions may be made to The Carpenter House of St. Joseph Hospice.

To order memorial trees or send flowers to the family in memory of Dolly Richard Duplantis, please visit our flower store.