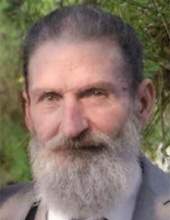 Coteau - A Mass of Christian Burial will be celebrated at 11:00 am on Tuesday, March 16, 2021, at Our Lady of Prompt Succor Catholic Church in Coteau for Donald Luke Trahan, 79, who passed away on Thursday, March 11, 2021, in Lafayette. Entombment will follow in the church mausoleum. Rev. Brian Harrington will be the Celebrant. A gathering of family and friends will be Monday from 4:00 pm until 9:00 pm at Pellerin Funeral Home. A rosary, led by the Men’s Rosary Group, will be prayed at 7:00 pm Monday. Visitation will continue on Tuesday from 8:00 am until 10:00 am. A lifelong area resident, Mr. Trahan was born on March 11, 1942 to the late Pierre and Louisiana Gonzales Trahan. He served our country in the U.S. Army, in the 187th Infantry and the 101st Airborne Division, during the Vietnam War and worked in the oilfield most of his life. An avid bowler, Mr. Trahan enjoyed “the ponies”, buying scratch offs, and was always dream of winning the lottery. He also loved fishing for Sac a lait, drinking coffee, cooking, wearing his blue coveralls and spending time with his family, whom he loved dearly. He is survived by his wife, Tammy Trahan of Coteau; four sons, DonEL Trahan (Ashli Hebert) of Youngsville, Jarrad Delcambre (Christina) of New Iberia, Luke Trahan (Shelby) of New Iberia, and Taylor Trahan of New Iberia; two daughters, Kelly Trahan of New Iberia, and Courtney Trahan Garner (Ray) of Napoleonville; three sisters, Rosemary Couvillier of New Iberia, Gloria Viator (Ovey) of New Iberia, and Dorothy Boudreaux of New Iberia; two brothers, Robert Trahan (Margaret) of New Iberia, and Paul "Gerald" Trahan (Betty) of New Iberia; mother-in-law, Patricia McGinn; and seven grandchildren, Blair Randolph, Zayn Randolph, Brylee Desormeaux, Maddox Delcambre, Zoie Trahan, Alice Trahan, and one due to arrive in September. He was preceded in death by his father, Pierre Trahan; mother, Louisiana Boudreaux; sister, Barbara Hulse; three brothers, Nolan Trahan, Edward "Jimmy" Trahan, and Huey Trahan. Pellerin Funeral Home, 502 Jefferson Terrace Blvd., New Iberia, LA 70560, (337-365-3331) is in charge of arrangements.
To order memorial trees or send flowers to the family in memory of Donald Luke Trahan, please visit our flower store.