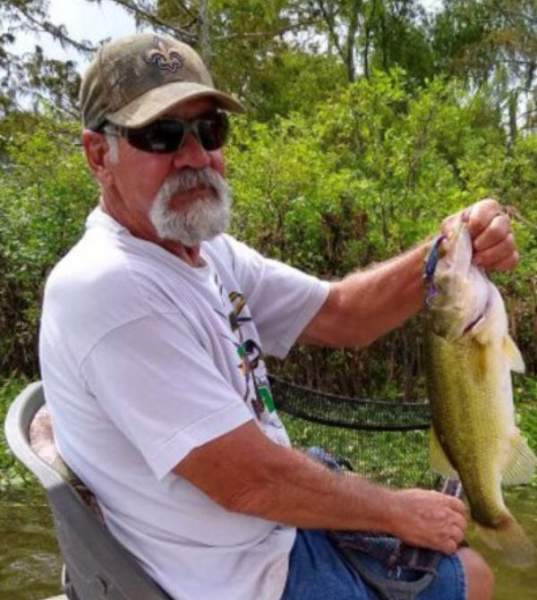 The family requests that visiting hours be observed at the funeral home in Breaux Bridge from 11:00 am until 1:00 pm on Wednesday.

Donnie was a native of Effie, LA and a long-time resident of Carencro, LA before retiring from the oilfield as a Directional Driller in Butte La Rose, LA. Donnie was an avid hunter and fisherman and loved watching football, especially LSU and the New Orleans Saints. He also loved carpentry and had spent the last few years building his dream home filled with all the cypress he accumulated in his lifetime. He served his country proudly in the Louisiana National Guard from 1970 to 1979 and was very proud of his granddaughter, Sergeant Samantha Lee, who currently serves in the US Army. He loved taking his grandchildren fishing and watching them play sports. Donnie had many friends. People would say he never knew a stranger and was known to wave at everyone he passed. He was loving and generous to his family and anyone in need. He will be dearly missed by all.

He was preceded in death by his parents, Amon Roszell and Verdie Bernard Roszell; sister, Bonnie Laborde; and brothers, Jerry Roszell, Rodney Roszell and Wayne Roszell.

In lieu of flowers, the family requests that donations be made to the Louisiana Wildlife Federation at www.lawildlifefed.org OR to the Wounded Warrior Project at www.woundedwarriorproject.org.

To order memorial trees or send flowers to the family in memory of Donnie Roszell, please visit our flower store.