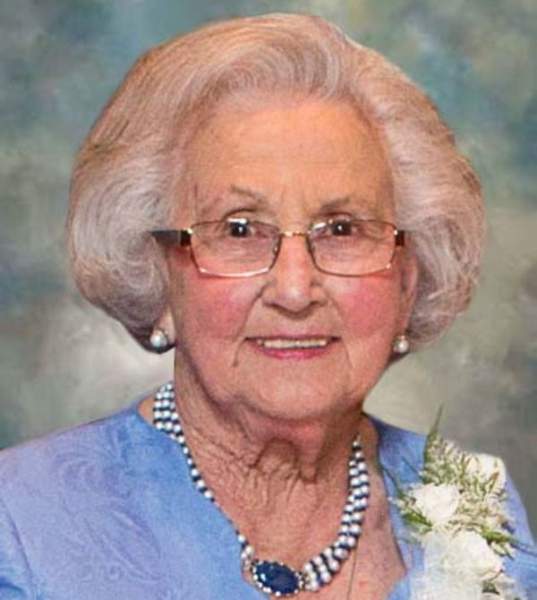 The family requests that visiting hours be observed at the funeral home in Breaux Bridge from 2:00 pm until 8:00 pm on Sunday and continue on Monday at 8:00 am until 10:00 am.

A rosary will be prayed at 7:00 pm on Sunday by her sister, Elaine Trahan.

Father Blake Dubroc will officiate at the Funeral Mass. Interment will follow at St. Bernard Cemetery No. 2 in Breaux Bridge.

Doris was a devout Catholic and a life-long parishioner of St. Bernard Catholic Church. She was a member of the Ladies Altar Society, as well as Home Demonstration. Doris enjoyed cooking, baking, traveling, and LSU sports. She loved spending time with her grandchildren and great-grandchildren. Doris was a loving mother, grandmother, great-grandmother, and sister, who will be deeply missed by all who knew and loved her.

She was preceded in death by her husband, Joseph Claiborne Latiolais; grandson, Brandon Latiolais; and parents, Remie Guidry and Edaise Collet Guidry.

The family wishes to thank her caregivers: Rose Nedie and Brenda Edmond for their care and compassion given.

In lieu of flowers, memorial donations can be made to the Brandon Joseph Latiolais Memorial Scholarship Fund College of Science, in care of: Louisiana State University, 124 Hatcher Hall, Baton Rouge, LA. 70803.

To order memorial trees or send flowers to the family in memory of Doris Guidry Latiolais, please visit our flower store.