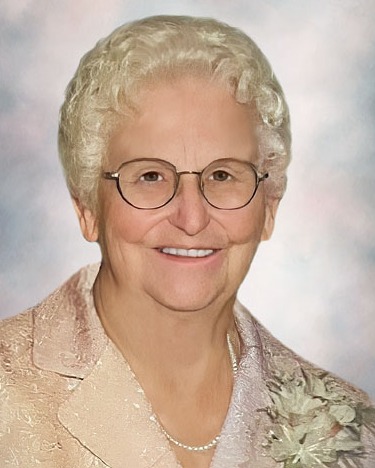 Cecilia - A Mass of Christian Burial will be celebrated at 1:00 pm on Monday, November 28, 2022, at St. Joseph Catholic Church in Cecilia for Dorothy Dupuis Huval, 93, who passed away on Wednesday, November 23, 2022 in Lafayette.

A visitation will take place at the funeral home in Cecilia on Monday from 8:30 am until 12:45 pm.

A rosary will be prayed at 12:00 pm on Monday by Deacon Ken Soignier.

Father Gregory Cormier will officiate at the Funeral Mass. Readers will be Rhonda Guidry, Wayne Ables, and Joschlyn Rachelle Simon.

Dorothy was a devout Catholic and parishioner of St. Joseph Catholic Church in Cecilia. She enjoyed reading and quilting, but above all she loved spending time with her family and friends, especially baking for them. Dorothy was a devoted and loving mother, grandmother, and great-grandmother, who will be greatly missed by all who knew and loved her.

Honorary pallbearers will be Warren "Butch" Huval and Sandy Huval.

To order memorial trees or send flowers to the family in memory of Dorothy Dupuis Huval, please visit our flower store.