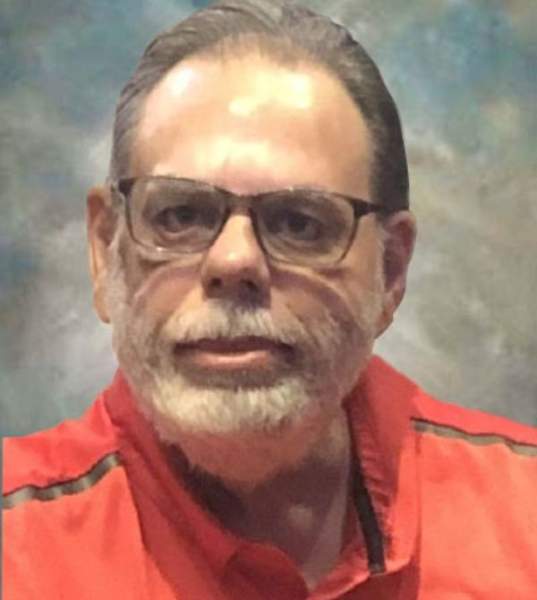 Breaux Bridge - A Mass of Christian Burial will be celebrated at 1:00 pm on Friday, May 27, 2022, at St. Bernard Catholic Church in Breaux Bridge for Edwin "Sonny" DeVillier, Jr., 69, who passed away on Wednesday, May 18, 2022, at Ochsner Lafayette General Medical Center.

The family requests that visiting hours be observed at the funeral home from 5:00 pm until 9:00 pm on Thursday and continue on Friday at 7:00 am until 12:30 pm.

Sonny, a native and lifelong resident of Breaux Bridge, was a graduate of Breaux Bridge High School - Class of 1970 - and the University of Southwestern Louisiana (ULL). He was a teacher at Breaux Bridge Elementary for 13 years before retiring due to his disability; his former students regularly recognized him over the coming decades, often thanking him for what he had done for them as their teacher.

His friends and family would attest that Sonny had a way with words; this gift was most clearly on display in the form of his many poems that could evoke raucous laughter in one line and a somber tear in the next. Sonny was also a loyal and enthusiastic sports fan of the New Orleans Saints, LSU Tigers, and the UL Ragin’ Cajuns.

In his younger days, Sonny enjoyed playing tennis and other sports before his Muscular Dystrophy limited these activities. He quickly found an outlet for his competitive nature by joining the Louisiana Cerebral Palsy sports team, allowing him to travel around the country competing in boccia, wheelchair handball, club throw, and discus, all while making lifelong friends along the way. In recent years, his thirst for competition was quenched by battling friends and foes in online games like Words with Friends and Angry Birds.

Sonny also had a deep love for and a vast knowledge of music, especially Rock-and-Roll. Although not a musician himself, Sonny could tell you the song, artist, and album after a couple of beats, and he enjoyed quizzing his family and friends as well.

Sonny loved his friends (who were more like family) and the many great times he spent with them, especially at Club 220 for annual events like the Christmas Eve Party. Finally, Sonny loved his family. He spoke of his love for his mom and dad frequently as well as his admiration and affection for his brothers and sisters. His first love and wife, Maureen, was truly the love of his life, and he missed her every day since she passed. Her daughters made him a father, and he loved them as though they were his from the beginning; his twin boys brought him great pride and joy. He was so proud of the men and women they have become. And he held deep affection for his grandchildren.

As a pastime, Sonny enjoyed watching Wheel of Fortune, Jeopardy, American Idol, and numerous movies and series. He loved watching various sporting events, attending concerts, catching up and debating with friends on Facebook, and spending time with his family and friends, especially his little buddy Jameson.

The family wishes to extend its deep gratitude and love to Angelique Dees and Sydnie Pourciaux for providing Sonny with such heartfelt care and friendship. He loved you both and was blessed to have you in his life, as were we.

To order memorial trees or send flowers to the family in memory of Edwin "Sonny" DeVillier, Jr., please visit our flower store.