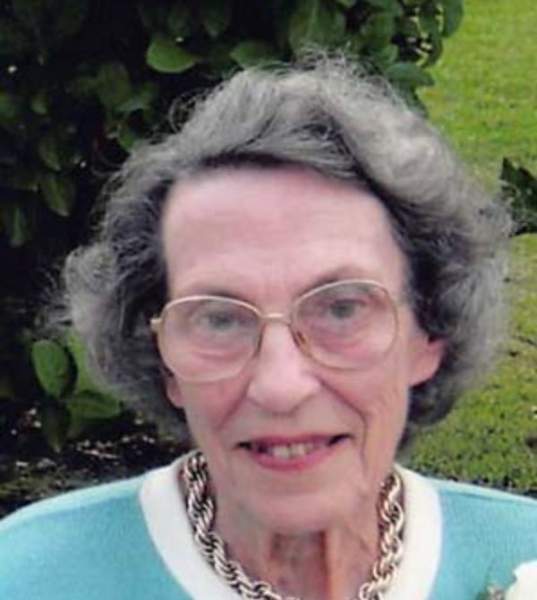 Visitation will be at Pellerin Funeral Home on Sunday, January 16, from 4:00 pm until 7:00 pm. A rosary, led by the Nativity Rosary Group, will be prayed at 5:00 pm on Sunday.

Visitation and rosary will be at Crowder Funeral Home in Dickinson, Texas (281-337-1515) on Tuesday. A Mass of Christian Burial will be held at 10:30 am on Wednesday, January 19, at Shrine of the True Cross Catholic Church. Interment will follow at Forest Park East Cemetery in Webster, Texas.

Elsa Nicolini Gensert was born on in New Orleans, Louisiana on February 2, 1924, to the late John Richard Nicolini and Amy Louise Tesson Nicolini. Elsa, or “Nickie,” as she was known to her friends, was a 1940 graduate of Dominican High School in New Orleans. She attended business school, then went to work as a secretary for a freight forwarding company that serviced the Port of New Orleans. She married her husband, John “Speed” Gensert, (USN, Ret.) in 1948. They moved to League City, Texas in 1966, and later to Dickinson, Texas, as the race to the moon was kicked into high gear.

Elsa did volunteer work throughout her entire life: room mother, Cub Scout Leader, Little League, Girl Scout Leader, CYO, library volunteer, League of Women Voters, Election Official - she did it all. But the work she was most proud of was the 30+ years of teaching the young people of her parish about their Christian, Catholic faith.

In later years, her bridge groups and her family were the things that brought her the most joy, and she always enjoyed a good conversation with friends and family. At the age of 90, she moved from Dickinson, Texas to Garden View Assisted Living in New Iberia, LA to be closer to family. In true Elsa form, it was just a matter of weeks before she was part of the Resident Council and a weekly reader at mass. She will be missed deeply by her family and loved ones.

In addition to her parents, she was preceded in death by her husband of 60 years, John Gensert; and her older brother, Earl Nicolini.

The family would like to express their heartfelt appreciation to the staff of Garden View Assisted Living; and to all of the wonderful caregivers these last few years, especially Kimberlee, Christina, Leona, Crystal, and Dana Marie, for extraordinary care and compassion.

To order memorial trees or send flowers to the family in memory of Elsa Nicolini Gensert, please visit our flower store.