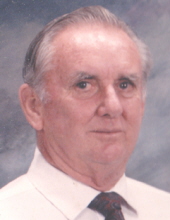 New Iberia - Funeral services will be held at 2:00 pm on Friday, January 10, 2020, at the First United Methodist Church in New Iberia for Ernest Segura, Sr., 91, who passed away on Wednesday, January 8, 2020, in New Iberia. Entombment will follow in the Holy Family Cemetery. Rev. Craig Davis will officiate. A gathering of family and friends will be held on Thursday from 5:00 pm until 8:00 pm at Pellerin Funeral Home. Visitation will continue on Friday from 11:00 am until 1:30 pm. Ernest was a Builder. Even as a young boy, he was building sling shots, kites and little trucks. His father worked for a lumber yard where he had access to small pieces of scrap wood and would bring home to Ernest to build toys. As he grew older, he made a career choice based on his passion for building and woodworking. He accepted a job as a carpenter and was fortunate to eventually work for a very wise and reputable Contractor in New Iberia. As a general carpenter for the Contractor, Ernest learned many new trades while honing his skills in woodworking. Eventually, Ernest was called into service by the US Army during the Korean “conflict” and spent many months on the front lines then spent some time in Japan. When he arrived back home, he attended educational update classes for veterans, which he enjoyed very much. Ernest enrolled in a class through the University of Tennessee, and later became a Building Contractor. With his background, and love for building, Ernest was very successful in this career and built many beautiful homes in Iberia Parish--especially around Avery Island. Ernest enjoyed cooking and was once a member of the Gourmet Cooking Club in New Iberia. His family frequently requested his grilled chicken on the bbq pit. He loved to duck and deer hunt in the South Louisiana marshes as well fishing for Speckled Trout in the Cove in the Fall. In addition, he enjoyed tending to his vegetable garden. Over the 90 years of living in New Iberia, the most important things that he built were the relationships with people. Nobody was a stranger to Ernest! His woodworking knowledge, stories, fine cooking and his love for family and friends will be truly missed. Survivors include his wife, Inita Brown Segura; sons, Ernest Butch Segura, Jr. and wife Dina of Lafayette, Norman Segura of Houston, Bradley Segura and wife Martha of Breaux Bridge; sister, Rita Foreman of New Iberia; grandsons, Stewart Segura, Whitney Segura and wife Laura, Collin Segura; granddaughters, Megan Segura, Alison Segura; great-grandchildren, Braedyn Segura, Cadence Segura and Ethan Segura. He was preceded in death by his parents, Washington and Ida Moore Segura; and a brother, Travis Segura. Pallbearers will be Collin Segura, Stewart Segura, Whitney Segura, Jimmy Shea, Mike Lorio, and Wayne Cestia. Pellerin Funeral Home, 502 Jefferson Terrace Blvd., New Iberia, LA 70560, (337-365-3331) is in charge of arrangements.
To order memorial trees or send flowers to the family in memory of Ernest Segura, please visit our flower store.