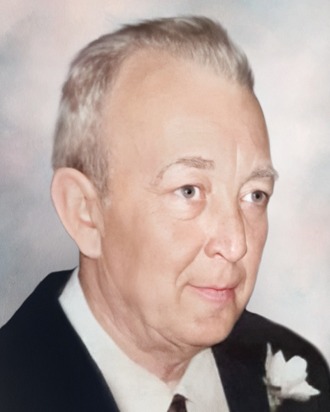 Breaux Bridge - A Mass of Christian Burial will be celebrated at 11:00 am Saturday November 19, 2022, at St. Bernard Catholic Church in Breaux Bridge for Ezebe "EZ" J. Chevalier, 81, who passed away on Sunday November 13, 2022, at his residence surrounded by his family.

A visitation will take place at the funeral home in Breaux Bridge on Saturday from 7:00 AM to 10:30 AM.

A rosary will be prayed by his sister, Irma Robicheaux, at 9:00 AM on Saturday.

Rev. Garrett McIntyre will officiate at the Funeral Mass. Readers will be Rosalyn Thompson and Janet Robinett.   Interment will follow in the St. Rosa of Lima Cemetery in Cecilia.

Ezebe Joseph Chevalier, known to many as, "EZ", "Barney Fife" or "T-Neg", was born to the late Nathan and Stephanie Chevalier in the small community of Arnaudville, LA. He was a graduate of Carver High School in Breaux Bridge, Louisiana. Shortly after graduation he began his career as a truck driver. Upon retiring from the trucking company, he went on to pursue a lifetime career in law enforcement serving the community for 35 plus years. He began his journey in 1976 with St. Martin Parish Sheriff’s Office as a Deputy Sheriff. Many years later he joined the Breaux Bridge Police Department as a patrol officer. After retiring from the BBPD, he joined the Helping Hands assisting the elderly.  He then signed on with the police department, serving as a crossing guard at St. Bernard Catholic Church for the last 10 plus years.

Ezebe loved volunteering at summer camps, assisting with cutting grass for friends and family in his younger days, barbecuing for benefit dinners, boiling crawfish for the annual Crawfish Festival, and was an advocate for voting rights. He actively participated in champion voters in the community, to go out to the poles, every election to exercise their rights to vote. He worked tirelessly along with other community leaders, opening his home as one of the headquarters, making reminder calls and driving the elderly to the poles when the need arrived. He spent most of his time watching CNN and the weather channel, to keep the family up to date with the latest forecast. He was the one in the family everyone consulted for tips and advice on the latest local and global news. He stayed close to all his family members both near and far and celebrated his life and legacy, along with theirs religiously.

Ezebe was married to Mary Rose Davis Chevalier and they resided in Breaux Bridge, LA. During this time, Ezebe was a family man, community activist, and advisor to young adults. He enjoyed playing cards and Bingo, and watching horse races, football and basketball games with family.

The family of Ezebe would like to express their heartfelt appreciation and profound gratitude for the abundant acts of love and kindness that you have extended to our family during this difficult time. We would also like to thank Breaux Bridge Police Chief Rollie Cantu and his team, Hope Hospice, Lillian, Bri, Peggy, Beverly, Andrea, the doctors and nurses for helping with the care of Ezebe.

To order memorial trees or send flowers to the family in memory of Ezebe "EZ" J. Chevalier, please visit our flower store.