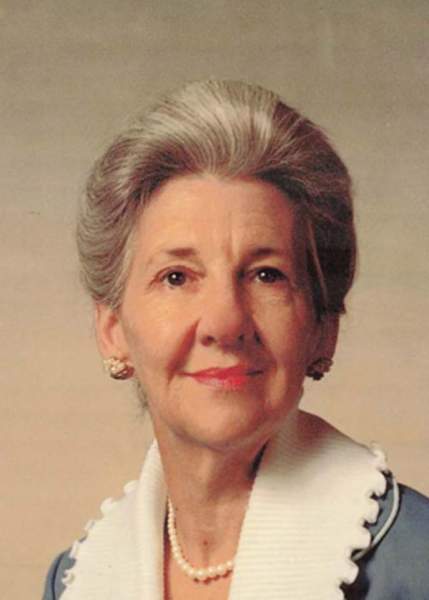 New Iberia - A Mass of Christian Burial will be held at 11:00 am on Wednesday, February 23, 2022, at St. Peter's Catholic Church in New Iberia for Flora "Terry" Schwing Broussard, 98, who passed away on Friday, February 18, 2022, at her home surrounded by loved ones.

Rev. Nathan Comeaux will be the Celebrant.

The family requests that visiting hours be observed at the church from 9:00 am until 11:00 am on Wednesday.

A native and resident of New Iberia, Flora "Terry" Schwing Broussard was born on December 13, 1923 to the late John Elmer Schwing and Anna Blanchet Schwing.  She was a 1941 graduate of Mt. Carmel Academy, and obtained her bachelor’s degree in Home Economics from SLI in 1945. In her younger years, she was a Pink Lady at Iberia General Hospital, worked as a bank teller, and was also a receptionist and dispatcher at her husband's veterinary practice for many years. Terry served as Eucharistic Minister at St. Peter's Catholic Church, where she was a longtime faithful member, and was a member of the Grotto Rosary Group. She was a talented artist that loved to paint, and was big into genealogy. She was an avid sports fan, and always pulled for the underdog. Affectionately known as "The Lawn Mower Lady," Terry loved to cut grass, and was often seen cutting grass at 9:00pm if she thought it would rain the next day! Mrs. Broussard was most proud of her family, and she will be deeply missed.

Pallbearers will be her sons, Tommy, George, Edwin, Daniel, Kenneth and Ben Broussard.

The family would like to extend their heartfelt appreciation to Heart of Hospice, especially nurses Rachel Spoon and Geanette Pommier; and her sitters, Edie Bonvillian, Jenny Perero, and Brenda DeSoto for extraordinary care and compassion.

To order memorial trees or send flowers to the family in memory of Flora "Terry" Schwing Broussard, please visit our flower store.