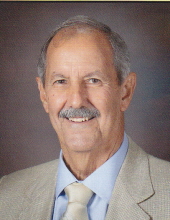 Breaux Bridge - A Mass of Christian Burial will be celebrated at 10:00 am on Monday, January 18, 2021, at St. Bernard Catholic Church in Breaux Bridge for Francis Reed, 72, who passed away on Thursday, January 14, 2021, at St. Martin Hospital. The family requests that visiting hours be observed at the funeral home from 3:30 pm until 9:00 pm on Sunday, and continue on Monday at 8:00 am until the time of Mass. A rosary will be prayed at 7:00 pm on Sunday. Father McIntyre will officiate at the Mass of Christian Burial. Interment will follow at St. Bernard Mausoleum - No. 2 in Breaux Bridge. Reed honorably served in the United States Army during the Vietnam Era. Francis was known to many as "Reed" and was well known in the Breaux Bridge area for being an incredible athlete. Reed loved fishing and playing poker, but above all, he cherished his time spent with his daughter, son-in-law and his two grandsons. He was a loving husband, father, grandfather and brother, who will be greatly missed by all who knew and loved him. He is survived by his wife of 52 years, Diane Menard Reed; daughter, Rachael (Michael) Lemoine; sister, Mary Ann (Floyd) Butler; brother, Ellis (Barbara) Reed; and grandchildren, Mitchell Lemoine and Micah Lemoine. He was preceded in death by his parents, Joseph Reed and Leota Blanchard Reed. Pallbearers will be Ellis Reed, Michael Lemoine, Reid Landry, Jack Dale Delhomme, Kyle Guidry and Casey Delhomme. Honorary pallbearers will be Mitchell Lemoine, Micah Lemoine, Jerry Butler and Perry Patin. The family wishes to thank his oncologist, Dr. Adakarri and Tracey Delhomme for their care and compassion for Reed. Pellerin Funeral Home of Breaux Bridge, 211 Berard St., Breaux Bridge, LA 70517, (337-332-2111) is in charge of arrangements. To view on-line obituary, sign guestbook and view video tribute, go to www.pellerinfuneralhome.com
To order memorial trees or send flowers to the family in memory of Francis Reed, please visit our flower store.