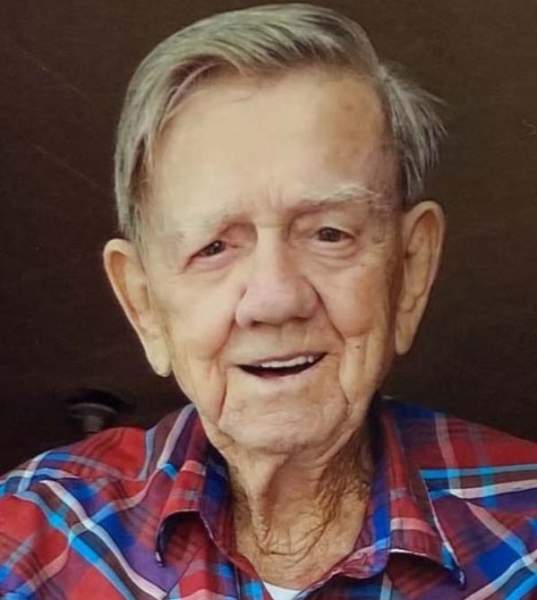 
The family requests that visiting hours be observed at the funeral home in St. Martinville from 5:00 pm until 9:00 pm on Thursday and continue on Friday at 8:00 am until 9:30 am.

Rev. Jason Vidrine will officiate at the Mass of Christian Burial. Interment will follow at St. Michael Mausoleum in St. Martinville.

Fulton honorably served in the United States Army during World War II. He was also a member of the Auxiliary Sheriff Department for many years. Fulton was a "Jack-of-all-Trades", but he loved working outdoors and bailing hay with his sons. He enjoyed making his rounds and visiting his friends. Fulton loved spending time with his family, especially his dog, Poupay. He was a loving father, grandfather, and great-grandfather, who will be greatly missed by all who knew and loved him.

He is survived by his son, Steven Broussard (Connie); daughter, Annette Schouest; 15 grandchildren; and 24 great-grandchildren.

The family wishes to thank his caregivers, Jennifer Lasseigne, Dana Guidry, Sherry Comb, Bonnie Bergeron, Peggy Broussard, Brandi LeBlanc, Bernette Thibodeaux and Heather Boudreaux, as well as the staff of Hospice of Acadiana, especially Kayla, Amy and Alyson for their care and compassion given.

To order memorial trees or send flowers to the family in memory of Fulton Joseph Broussard, Sr., please visit our flower store.