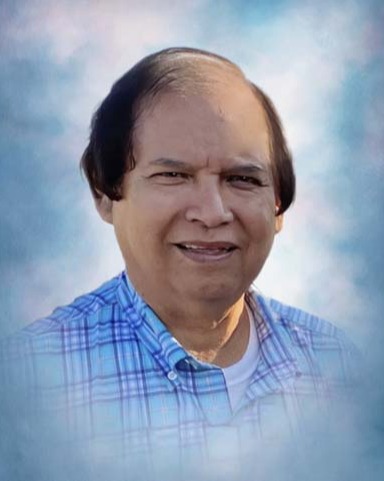 St. Martinville - A Mass of Christian Burial will be held at 11:00 AM, Friday, January 13, 2023 at St. Martin de Tours Catholic Church for Guadalupe "Lupe" Gonzales, 69, who passed away at Ochsner Lafayette General Medical Center.

A Rosary will be prayed by the Men's Cursillo group at 7:00 PM on Thursday.

Lupe was an avid fan of the Cajun Pride Baseball Team for many years.  He began his Cursillo # 448 in 2015 and was a devoted member of the St. Martinville Men's Ultreya Group. He was a dedicated parishioner of St. Martin De Tours Catholic church where he looked forward visiting with his fellow members after Mass.

Lupe was employed in the retail business as a manager for over 40 years and during those years, he worked with Eckerd Drugs (CVS), Hobby Lobby and Wal-Mart. He was a 1972 graduate of Killeen High School in Killeen, Texas.

Lupe loved fishing, attending all sporting events for his grandchildren, volunteering for many Catholic groups, and taking Ryan and other close friends to the Casino.

To order memorial trees or send flowers to the family in memory of Guadalupe "Lupe" Gonzales, please visit our flower store.