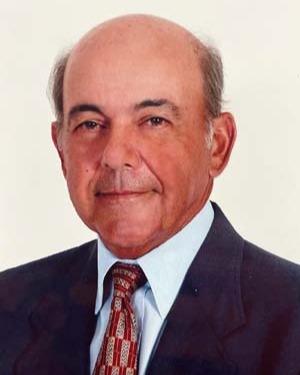 New Iberia - Harvey Charles Gonsoulin of New Iberia, Louisiana, died peacefully at his home at the age of 84, on October 31, 2022.

A Funeral Mass will be held at 11:00 am at St. Peter’s Catholic Church in New Iberia on Saturday, November 5th, with visitation beginning at 9:30 am at the church.

Inurnment will follow in the Holy Family Cemetery in New Iberia.

He began his career at the LSU Iberia Agricultural Research Station. He then worked for 31 years for First South Agricultural Credit Association, retiring a regional vice-president.  During his 21 years of retirement, he fulfilled his life-long dream of working full-time as a cattle rancher. Harvey was a Lifelong conservationist and steward of the environment. He once said, “I feel I am a steward of the land.” and he lived this out through active participation in many organizations. Harvey was a member and past president of the Louisiana Forage and Grassland Council and member of the Iberia Cattleman’s association. Harvey was a pioneer and key player in helping to establish and grow the Louisiana Grazing Lands Conservation Initiative. He became a Louisiana Master Cattle Producer. He was a proud member of the Rotary Club where he served as president in Opelousas, Thibodeaux, and New Iberia. Harvey was a veteran of the Louisiana Army National Guard.

Harvey was deeply devoted to his Catholic faith and his family. He served actively in a multitude of parish ministries his entire life.  He has given his family the inheritance of great faith, integrity, and loyalty.

And last, but not least, he was a very proud LSU football season ticket holder for 60 years and rarely missed a game.

Harvey was preceded in death by his parents Ralph Euzebe Gonsoulin and Madia Bernard Gonsoulin, and his son, Ralph Joseph Gonsoulin.