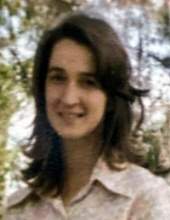 Breaux Bridge - A Mass of Christian Burial will be celebrated at 2:00 pm on Friday, April 23, 2021, at St. Bernard Catholic Church in Breaux Bridge for Hilda Frederick Gary, 74, who passed away on Monday, April 19, 2021, at Kindred Medical Center in Houston, TX. The family requests that visiting hours be observed at the funeral home from 3:00 pm until 9:00 pm on Thursday and continue on Friday at 10:00 am until 1:30 pm. A rosary will be prayed at 7:00 pm on Thursday. Father Blake Dubroc will officiate at the Funeral Mass. Interment will follow at St. Bernard Mausoleum - No. 2 in Breaux Bridge. Readers will be Kaitlyn Guidry and Emelie Gauthier. Hilda was a beloved wife, mother, grandmother, great-grandmother, sister and friend. She and her husband were the owners and operators of Wolf's Store in Parks for 30 years, and she was proud to say she was from Parks. She would always say the people of Parks are the best around and always willing to lend a helping hand. In retirement, she always referred to former customers as friends that used to come in the store, and the thing she missed most about the store was her customers. Hilda's family was very important to her. She loved her husband and children unconditionally. She loved cooking every Sunday for her family and whoever would come. There was always an open invitation for Sunday lunch. She enjoyed crabbing, being on the beach and relaxing in the sun. She was a member of the American Legion Auxiliary and Parks Youth Group. She was a supporter and organizer of several fundraisers for Saint Jude Children's Research Hospital. She enjoyed reading Danielle Steel novels, listening to country music, and dancing while cooking for her family on Sundays. She always looked forward to the annual Parks Cracklin Cook-off at Wolf's for her siblings. Hilda was very proud of her family and the community of Parks. She was loved and adored by all. She will be greatly missed by her family and the community of Parks. She is survived by her husband of 52 years, Wilfred Gary; daughters, Sheree Guidry, Charlotte Gauthier (Gabriel) and Sharon Jeansonne (Chad); son, Colby Gary (Terin); brothers, Lenny Frederick (Rita), Leo Frederick (Shirley), Chester Frederick (Diane) and Herman Frederick (Sophie); sister, Nola Boudreaux; grandchildren, Brittany Guidry, Darian Romero (Robbie), Kaitlyn Guidry, Seth Gauthier, Emelie Gauthier, Abbie Gauthier, Sage Jeansonne, Chas Jeansonne, Chloe Jeansonne, Juliana Jeansonne, Cameron Gary, and Kylie Gary; and great-grandchildren, Jaxon Pesek, Paisley Clark, Myla Clark and Rylynn Romero. She was preceded in death by her parents, Elus Frederick and Emelie Cormier Frederick; brothers, Clifford Frederick, Harold Frederick, Lyness Frederick, and Ralph Frederick; and sister, Yola Marie Castille. Pallbearers will be Colby Gary, Seth Gauthier, Chas Jeansonne, Gabriel Gauthier, Kyle Frederick and Chad Jeansonne. Honorary Pallbearers will be Carlton "Govis" Boudreaux, Wayne Gary and Burt Oubre. Pellerin Funeral Home of Breaux Bridge, 211 Berard St., Breaux Bridge, LA 70517, (337-332-2111) is in charge of arrangements.
To order memorial trees or send flowers to the family in memory of Hilda Frederick Gary, please visit our flower store.