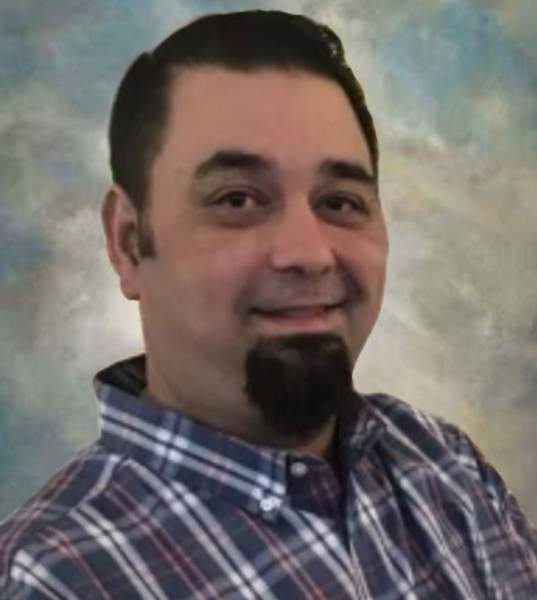 Cecilia - A Mass of Christian Burial will be celebrated at 1:30 pm on Wednesday, February 2, 2022, at St. Joseph Catholic Church in Cecilia for Ji Lester Angelle, 45, who passed away on Friday, January 28, 2022, at Lakeview Regional Medical Center.

The family requests that visiting hours be observed at the funeral home in Cecilia from 9:30 am until 9:00 pm on Tuesday and continue on Wednesday at 8:00 am until 1:00 pm. In support of Ji's love for the Cecilia Bulldogs, green and gold are welcome to be worn.

A rosary will be prayed at 7:00 pm on Tuesday by Alex Kidder.

Twenty years ago, Ji swooped into Wendy’s life and mended her broken heart. The love they shared compared to no other. He worshipped her and saw to her every need. Everywhere you saw one you knew the other was not far behind.

He helped Wendy raise her three young children like they were his own. A mutual respect and deep love developed between him, Drake, Bailey, and Ethan.

Ji was the best “Poppy” to his amazing grandbabies, Pierce, Parker, Ila, and Briggs. And he could not wait for the newest addition, Baby Eldridge.

Anything asked of Ji was answered with a resounding “Yes,” and those who really knew him, know that he had a smart remark to follow.

Ji’s devotion to his Cecilia Schools was undeniable. He loved driving his bus and the kids loved him. He took pride in “his” bus. Whether it was driving the athletic teams to numerous games or cooking for one of the school’s functions. His famous words were “I’ll bleed green and gold till I’m dead and cold”!

Ji loved his extended family. He spoke often of all the childhood trips taken with his cousins, great-aunts and uncles and his grandparents.

Ji spent his early years in the family restaurant, Las’s. He learned to cook from his grandmother, Odelle. Ji’s love of cooking stayed with him throughout his life. He could make dirt taste good.

Ji could be found most weekends cooking at “The Camp” for his crew.

He may be missed in body, but rest assured he will never leave our minds for all the crazy, funny, sad, amazing memories he left behind.

Honorary pallbearers will be The Cecilia Bulldog players and coaching staff, and Andy Guidry.

To order memorial trees or send flowers to the family in memory of Ji Lester Angelle, please visit our flower store.