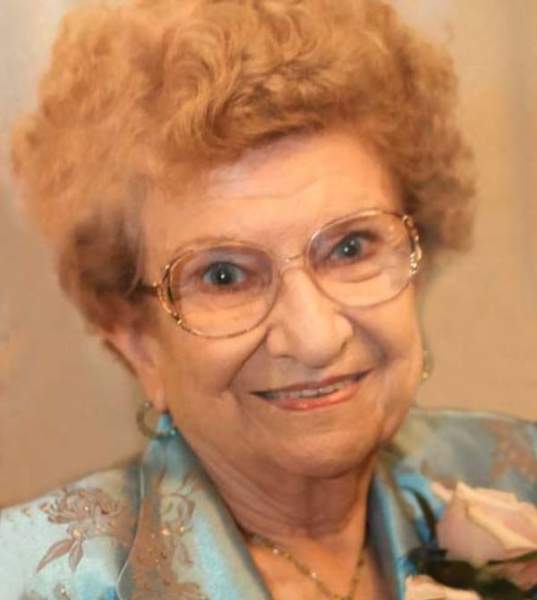 The family requests that visiting hours be observed at Pellerin Funeral Home from 5:00 pm to 9:00 pm on Monday and continue on Tuesday at 7:00 am until 12:30 pm.

A rosary will be prayed at 7:00 pm on Monday by Deacon Marcel “Butch” Hebert.

Father McIntyre will celebrate the Funeral Mass. The Readers will be John Molbert and Joan Molbert-Fabre. Offertory Gift Bearers will be Lisa Huval, Eliza “Toot” Dupuis and Steve Molbert. Vocalists will be Pat Molbert, Sarah Molbert, Natalie Molbert - Broussard, and Chandler Molbert. The Eucharistic Minister will be Louise Molbert.

How do you sum up over 97 years of accomplishments into a few paragraphs? How does one even start to accurately reflect the legacy of Joan D. Molbert?

Joan Dupuis Molbert was born in Breaux Bridge, Louisiana on January 25, 1924, to Heloise Chauffe Dupuis and Paul “Patrick” Dupuis. She always had a love of family and a generous spirit. She left to be with the Lord and to be with so many beloved family members and dear friends.

Joan was very proud of the fact that she graduated valedictorian in 1941 from Breaux Bridge High School. She had a passion for business and working directly with the public. She began her professional career by working at Farmers-Merchants Bank. Later on, together with her husband of 55 years, Lee Roy Joseph Molbert, they successfully owned and operated Molbert’s Furniture & Appliance and Molbert’s Drive-Inn businesses for 40-plus years. She belonged to the American Legion Auxiliary, St. Bernard’s Ladies Altar Society, and numerous organizations in the Breaux Bridge area.

However, Joan would admit that her major accomplishments in life, would be seeing her children and grandchildren all successfully complete college and some going even further, an opportunity she and her husband wished they had been able to do.

She is predeceased by her husband, Lee Roy Joseph Molbert, her parents Heloise and Paul Dupuis, and her brothers Paul, Harvey, Alvin, and Richard Dupuis.

Pallbearers will be John, Pat, Steve and Chet Molbert, and James and Fred E. Fabre, III.

Her family would like to extend a heartfelt “Thank You” to Hospice of Acadiana, The Doctors, Nurses, Caregivers and CNA personnel, who opened their hearts to our mother by providing exemplary care and expertise in her final days.

Joan’s laughter and quick wit will be deeply missed by all who knew and loved her.
In lieu of flowers, please consider a donation to Hospice of Acadiana at Acadiana, 2600 Johnston St, Ste 200, Lafayette, LA 70503.