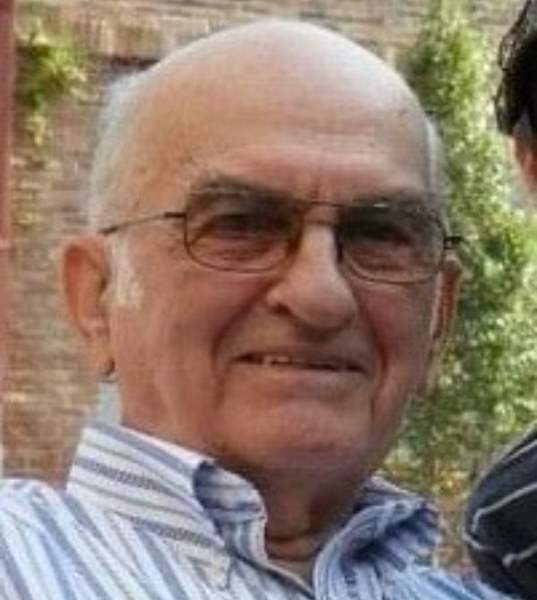 A Mass of Christian Burial will be celebrated at 2:00 pm on Friday, July 15, 2022 at Our Lady of Prompt Succor Church in Coteau. Interment will follow in the Holy Family Cemetery.

He was born in Loreauville, LA to Levie and Joseph Terradot. Growing up as a hunter, farmer, and fisherman he developed a love and attachment to the outdoors that would remain his joy and passion for the rest of his life. His only venture living outside of Acadiana was a deployment to Korea to serve his country, which he was forever proud of. Upon returning home he began working for Texaco and as part of his job would spend the next 30 years in the woods, bayous, and bays that he loved so much.    Always wanting to be of service, his off days were spent teaching gun and hunting safety to the youth of Iberia Parish.  His deep drawl and piercing blue eyes made a lasting impression on many a boy.

Shortly after returning from Korea, he met the love of his life, Rita Rae Reed. They were married and after a year welcomed their first child, Lysee.  Shortly after her arrival, Rita Rae’s mother Madeline, passed away leaving three young children that needed parenting.  John immediately stepped into the role of mentor and parent. Not known to be a patient man he none the less jumped in and took up his responsibilities, helping to see that they all were put on the pathway to adult life. Meanwhile John and Rita’s two boys, Eric and Bernard, joined the brood.

After his retirement from Texaco, he continued his second career which was in law enforcement. He was employed by the Iberia Parish Sheriff’s Office for over 20 years. He wore many hats for the Sherriff’s Office. He was one of the individuals instrumental in developing the Iberia Parish Sherriff’s Department SWAT team.  He was also the Firearms Instructor for the department and began the Women’s Gun Safety and firearms training through the Sherriff’s Department. Many women in Iberia Parish still remember him for teaching them how to safely use a firearm.

Never did he stop the sporting life, always happiest tramping through a swamp or casting a line into Vermillion Bay.

He never lost his sense of duty to his community and others. A friend in need is a friend indeed, and he lived it each and every day. Later he lovingly cared for Rita Rae as she battled and succumbed to Alzheimer’s Disease. Eventually, because of declining health, he entered assisted living at Azalea Estates, sometimes kicking, and screaming (loudly).

He was preceded in death by his parents Joseph and Levie Terradot, his Godfather and Uncle, Joseph Eddie Terradot, the love of his life Rita Rae Reed Terradot, his brothers-in-law Ray Viator and Gary Reed (whom he had mentored and helped raise) and his dear cousin, like brother, Gerald “Bick” Girouard.

He is survived by his three children. Felicie Marie (Lysee) Spiller (Kenneth), Eric Pierce Terradot, and Bernard David Terradot (Anna), as well as his sister and fellow jokester and jousting partner, Joyce Viator. He is also survived by brother-in-law Billy Reed (Charlotte) and sister- in- law Debbie Castille (Gary). Also surviving him are many nieces and nephews that he chided and loved.

The family would like to thank his kind and devoted caregivers Margery Vitatoe, Laura Bellard and Jane Armstead who patiently put up with his antics whatever time of the day or night. Thank you all so very much for loving him and taking such good care of him.

And thank you to Azalea Estates for giving him a safe and loving place to live the last years of his life.

In lieu of flowers donations can be made to: Alzheimer's Services of Acadiana 806 Waterview Rd. Youngsville, LA 70592 https://alzacadiana.com or Officer Down Memorial Fund www.odmp.org

To order memorial trees or send flowers to the family in memory of John J. Terradot, please visit our flower store.