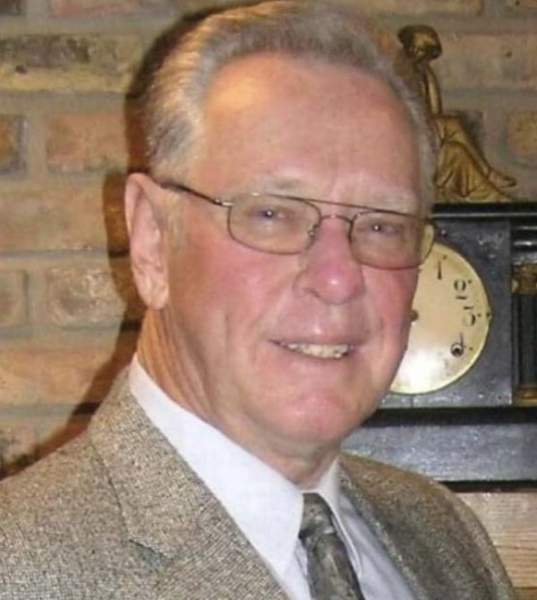 Cecilia - A Mass of Christian Burial will be celebrated at 1:30 pm on Friday, December 17, 2021, at St. Joseph Catholic Church in Cecilia for John Harvey LeBlanc.

The family requests that visiting hours be observed at the funeral home in Cecilia from 10:00 am until 1:00 pm on Friday.

A rosary will be prayed at 1:00 pm on Friday by Deacon Ken Soignier.

Rev. Gregory Cormier will officiate at the Funeral Mass. Interment will follow at St. Joseph Cemetery in Cecilia.

Honorary Pallbearers will be David “Buddy” Huval and Jimmy Duplechien.

After designing rockets for many years and helping to launch scores of Astronauts into outer space, on December 9, 2021, at the age of 82, John Harvey LeBlanc began his own voyage into heaven…….
His “Final Journey” to join the Lord in his eternal home.

Mr. LeBlanc was born Sept 27, 1939, to Dalex J. LeBlanc and Beulah M. Bernard LeBlanc near Arnaudville La. Harvey was the youngest brother to DJ and Ben. He graduated from Cecilia High School in 1957 then attended and graduated from USL (now UL) in Mechanical Design Engineering in 1962. After graduating Harvey then went to work in Downey California for North American Aviation which later became Rockwell International, then later Boeing. He was a Design Engineer on the Propulsion Systems for the Saturn Rockets which was used to send the Apollo Spacecraft and Astronauts to the moon. At the end of the Apollo Program, in 1973, Harvey was transferred to the Space Shuttle Program. He was responsible for the design of the Main Propulsion Systems as well as Cryogenics and Fuel loading facilities at NASA Test Sites such as Edwards Airforce base, Stennis in Mississippi, as well as the launch Pad at the Kennedy Space Center in Florida.

During his 38-year career in the Rocket business, Mr. LeBlanc progressed through many levels of Management with ever increasing responsibilities. He was a nationally recognized expert in Propulsion Design Engineering and served as a Prime Advisor to NASA in the Kennedy Space Center Firing Room during more than 30 Space Shuttle launches. He received numerous company awards (including the Division President’s Performance Award), membership in the Phi Kappa Honor Society, and seven NASA Achievement Awards. Mr. LeBlanc later was selected as “Outstanding Mechanical Engineering Alumnus” of 2003 by the University of Louisiana at Lafayette.

At the time of his retirement from Boeing, Mr. LeBlanc was the Design Director of Propulsion and Mechanical Engineering on the Space Shuttle and Delta Rockets. He was an extremely well-liked and respected leader by the approximately 450 engineers working for him at the time.

On August 1, 1961 in Downey, Ca, Mr. LeBlanc met Alice Crafton and fell madly in love with her. He knew at first site she was the one he would spend the rest of his life with. On June 29, 1962 Harvey and Alice were married and became husband and wife for 58 years. They were best friends, soul mates and the love of each other’s life. On June 18, 1974, Harvey and Alice welcomed their only son Jason into the world. On Sept 13, 2003, Harvey and Alice expanded their family by welcoming their amazing Daughter-in-law, Cynthia into the family. One of Harvey’s proudest moments occurred on Feb 12, 2006, when his granddaughter Eva Jolie LeBlanc was born.

After his retirement, he and his loving wife Alice returned to Louisiana. They settled on the banks of the Bayou Teche near Cecilia and enjoyed hunting, fishing, target shooting and spending time with their good friends and family. Mr. LeBlanc (AKA Rocketman) began speaking at several of the local schools and other groups sharing his amazing career stories and knowledge of the Aerospace industry. Mr. LeBlanc was also a member of the St. Joseph Catholic church and served as an usher.

Harvey was very proud of his son, Jason, granddaughter Eva and daughter-in-law Cynthia, and loved nothing in the world more than his best friend and wife Alice.

To order memorial trees or send flowers to the family in memory of John Harvey LeBlanc, please visit our flower store.