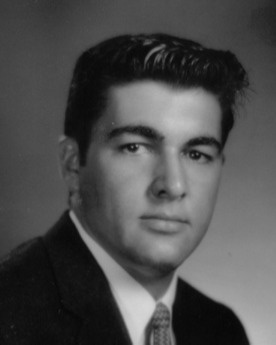 Jeanerette - A funeral mass will be held Saturday, October 1, 2022 at 11:00 AM at St. John the Evangelist Catholic Church in Jeanerette for John P. "Lap" Lapeyrouse, 84, who passed away peacefully on September 28, 2022 at his residence.

Interment will be at Beau Pre Cemetery following the church services.

Lap was born to Jean Pierre Lapeyrouse Sr. and Elma Bergeron Lapeyrouse on August 29, 1938. He was a lifelong resident of Jeanerette and principal owner of Lapeyrouse Motors, which was established by his father in 1934. He enjoyed woodworking, tennis, working on his tractor, his dogs, and playing cards with his friends in his younger years.

Lap was preceded in death by his three sisters, Virginia Smith, Mary Faye Freshley and Jacqueline Box, and his daughter-in-law Judy Lapeyrouse.

The family would like to thank the amazing caregivers who assisted Lap during his final months.

Pellerin Funeral Home of New Iberia is in charge of the arrangements.

To order memorial trees or send flowers to the family in memory of John P. Lapeyrouse, please visit our flower store.