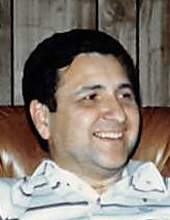 Leonville - A Memorial Mass will be held at 11:00 am on Thursday, April 29, 2021, at St. Leo the Great Catholic Church in Leonville for Joseph Lee Lanclos, 83, who passed away on Friday, April 16, 2021, at his residence surrounded by his family. Joseph honorably served his country in the United States Air Force. Prior to his retirement, he was employed as a District Manager with Winn-Dixie for 33 years. He was a parishioner of St. Leo the Great Catholic Church in Leonville and was a member of the Knights of Columbus. As a pastime, Joe enjoyed working outside in his yard, visiting with family and friends, and playing on his computer. He will be sadly missed by everyone who knew and loved him. He is survived by his wife of 63 years, Maria C. Lanclos; son, Paul Lanclos; daughter, Lisa L. Lacrouts (Danny); four grandchildren, Paul Lanclos, Lindsey Ruiz, Shawn Lacrouts and Shane Lacrouts; two great grandchildren, Wyatt Ruiz and Lydia Ruiz; three brothers, Edmond Lanclos (Gerry), Leo Lanclos (Dita) and Dennis Lanclos (Monica); and his step-sister, Louise Lanclos. He was preceded in death by his parents, Joseph Steve Lanclos Sr. and Louise Anna Credeur Aymond; and two brothers, John Lanclos and Joseph Steve Lanclos, Jr. The family wishes to extend special thanks to Opelousas General Hospital, J. Michael Morrow Memorial Nursing Home, and Louisiana Hospice and Palliative Care, for the compassionate care and attention given to Joe during his time of need. Pellerin Funeral Home (337-332-2111) is in charge of arrangements.
To order memorial trees or send flowers to the family in memory of Joseph Lee Lanclos, please visit our flower store.