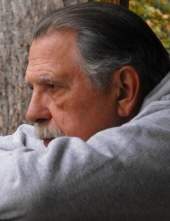 Arnaudville – A Memorial Service will be held at 2:00 p.m. on Saturday, May 1, 2021, at the Pellerin Funeral Home in Arnaudville for Keith E. McDonald, 71, who passed away on Sunday, April 25, 2021, at his residence. The family requests that visiting hours be observed at the funeral home from 9:30 a.m. until 2:00 p.m. on Saturday. At 2:00 p.m. Deacon Tim Maragos will offer to our family and friends, prayer and the comfort that can come only from God. In lieu of flowers the family requests that donations be made into his account at any Farmers-Merchants Bank location to help defray the medical expenses incurred that allowed him to leave this world from his home instead of a hospital. The man, the myth, the legend. The patriarch of the McDonald Clan. Keith was a quiet gentle soul who loved his family and made the world a better place simply by being. He was born in Painesville, Ohio and moved to Louisiana in the 1980’s. He was never afraid of hard work, coming from hearty coal mine stock around Jobs Hollow, Ohio. In the early days he worked for Ohio Bell, Doyle Detective Agency and then with his father at East Ohio Gas Company. He received an Honorable Discharge from the United States Air Force and was a Safety Training Supervisor/EMT on offshore drilling rigs for many years. He spent the last few years working as a carpenter, which was something he loved doing. He loved horses and motorcycles and always said that there was nothing so good for the inside of a man as the outside of a horse. He and his wife rode their Harleys every chance they got. Keith was remarkably talented in many areas and he used those talents to help others. He always gave more than he took. He was a good man. He is survived by his best friend and wife of 30 years, Cheri-lea Tucker McDonald; son, Thomas James “TJ” McDonald (Margie); daughter Shannon Dawn McDonald Grace; mother of his children, Linda Coates McDonald; brothers Joseph Lee McDonald (Linda) and Jeffery Allen McDonald; sister-cousin Kathy Campbell Kerezie (Ernie); grandchildren Jesse, Shayna, Patience and Justina; great grandchildren Landyn, Legend and Ridley along with many nieces, nephews, aunts, uncles, cousins and other very special people who became like family to him. He was preceded in death by his father, Harold Walter McDonald; mother, Freda "Eadie" Juanita McDonald; and nephew, Michael Steven Pastva. Pellerin Funeral home of Arnaudville, 314 St. Landry Street, Arnaudville, LA 70512 (337) 332-2111 is in charge of the arrangements.
To order memorial trees or send flowers to the family in memory of Keith E. McDonald, please visit our flower store.