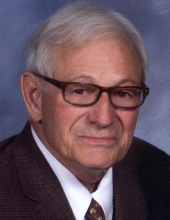 Breaux Bridge - A Mass of Christian Burial will be celebrated at 10:00 am on Saturday, January 30, 2021 at St. Bernard Catholic Church in Breaux Bridge for Larry J. Frederick, who passed away Monday, January 25, 2021 at Christus Highland Medical Center in Shreveport, LA. The family requests visiting hours be observed at the funeral home from 4:30 pm until 8:00 pm on Friday and continue on Saturday from 8:00 am until 9:30 am. A Rosary will be prayed at 7:00 pm on Friday. Rev. Ed Degeyter will officiate at the Mass of Christian Burial. Interment will follow at St. Bernard Cemetery No. 2 in Breaux Bridge. Larry Joseph Frederick was born on October 10, 1935. He cherished greatly his years growing up surrounded by family in Parks, LA, later regaling his loved ones with stories of life on the farm. He was driven to work hard and completed a B.S. at USL in 1963 and an M.S. at LSU in 1967. In 1974, he completed a Ph.D. in Plant Pathology from LSU and taught at Southeastern Louisiana University in Hammond for thirty-five years. He also taught at Our Lady of the Lake in Baton Rouge and briefly at Loyola in New Orleans. He and his wife of 58 years, Drucella Tauzin, have lived in many places throughout the years: Arnaudville, New Roads, Baton Rouge, Hammond and for the past five years Shreveport, always making friends and enjoying life to the fullest. He will be remembered with love and affection by all those who knew him. His forever inquisitive mind and varied interests will be missed by his family and friends. His absence will be felt profoundly by those who loved him most. Larry is survived by his wife, Drucella Tauzin; his son, Craig and wife Tracy of New Iberia, LA; his daughter, Jennifer and husband Travis Henley of Shreveport; and his grandchildren, Alex, Katie, Ethan & Emma Frederick and Jack, Jane & Murray Henley - these were his beloved “Dirty Dozen”. He is also survived by his sisters, Anna Frederick of Breaux Bridge, Donna Guillory of Breaux Bridge, Loula Dupuis and husband Nick of Breaux Bridge and Inez Deason and husband Charles of Baton Rouge; and brothers, Steve Frederick and wife Grace of St. Martinville and Luther Frederick of St. Martinville. He also leaves many dear nieces and nephews. He was preceded in death by his parents, Arista Frederick and Edia Guidry; sisters, Verna Patin, and Lena Miller; and brother, Floyd Frederick. Pellerin Funeral Home of Breaux Bridge, 211 Berard St., Breaux Bridge, LA 70517, (337-332-2111) is in charge of arrangements.
To order memorial trees or send flowers to the family in memory of Larry J. Frederick, please visit our flower store.