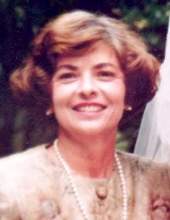 Leona “Lee” Ann Boudreaux Bigler was born on November 10, 1943 and passed away on June 19, 2021 as a result of various illnesses. “Lee” had a series of strokes and for the past 14 years had often defied medicine to live a prosperous life.A Memorial Service will be held at 11:30 am on Tuesday, June 29, 2021 at Pellerin Funeral Home in New Iberia, with Rev. Ed Degeyter officiating. Immediately following the Memorial Service, there will be a “Celebration at Preservation”, 225 W. Main Street in New Iberia.A gathering of family and friends will be Tuesday from 9:00 am until 11:30 am at Pellerin Funeral Home.Interment will be at a later date.Lee was born to Eugene and Rita Boudreaux and lived and resided at Jefferson Island, La. prior to her marriage in 1963. She attended New Iberia High School and graduated in 1961.Lee was married to Karl (Jim) Bigler, Jr., for 57 years and her surviving children include Michael D. Bigler (Magnolia, Texas) and his wife Devin and children Hannah (husband James Hume and daughter Eliza), Sarrah, Noah, and Olivia, and son Christopher R. Bigler (New Iberia) and his wife Amy and children Caroline, Molly, and Jack. She is also survived by her maternal nephew Andre’ Boudreaux (Wisconsin), and by her paternal nephews William (Bill) Prentice (Arizona) and James (Jimmy) Prentice (Tennessee).Lee was predeceased by her mother and father, her beloved son Karl J. Bigler, III, her siblings Richard Boudreaux, Dennis (Kirk) Boudreaux, and Josephine Boudreaux. She was also predeceased by her in-laws Karl Sr. and Sis Bigler, Billie Ann (Babs) Prentice (husband Charles), and paternal nephew Charles (Chuck) Prentice.Lee was a great mother and she especially enjoyed tending to her children and later grandchildren who she so much loved and adored. She was an avid and accomplished artist, which she intermittently practiced from her early childhood until her passing. She had a passion for antiques, and owned an antique shop (L’Antique) which she operated for 10 years.While her sons attended local Catholic schools, she was invested in school activities, particularly the Mothers Club and fund raisers such as the Cajun Fun Fest. She enthusiastically supported her sons and had an “open-pantry-door” policy for their friends during their high school years.Early in her life, Lee was selected as the Delcambre Festival Shrimp queen, and she later was selected as the White Rose of Sigma Nu Fraternity (LSU). Lee is likely the only non-student at LSU to be so honored.The family would like to particularly thank certain angels that befriended and helped Lee, including Lisa Anne, Celeste, Agnes, Barbara, Mary Beth, Neutie, Geri, and Dusti.The family acknowledges the care provided by Dr. James Falterman and staff, Iberia Medical Services staff, and Acadian Hospices.The family asks that in lieu of flowers, all donations be made to St. Judes Children’s Hospital, 501 St. Jude Place, Memphis, TN 38105 or the Catholic High School (New Iberia) Endowment, 1301 DeLaSalle Drive, New Iberia, LA 70560.Pellerin Funeral Home, 502 Jefferson Terrace, New Iberia, LA 70560, 337.365.3331<iframe class="ts_player" allowfullscreen="true" allowtransparency="true" allow="autoplay; fullscreen" frameborder="0" height="330" scrolling="no" src="https://www.tributeslides.com/videos/embedded_video/8CYJWWNHG7NBMPRW" width="512"></iframe>
To order memorial trees or send flowers to the family in memory of Leona "Lee" Boudreaux Bigler, please visit our flower store.