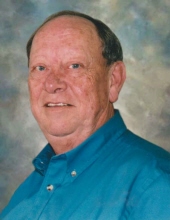 Breaux Bridge - A Mass of Christian Burial will be celebrated at 1:00 pm on Monday, January 11, 2021, at St. Bernard Catholic Church in Breaux Bridge for Lester Paul Latiolais, 79, who passed away on Wednesday, January 6, 2021, in New Orleans. The family requests that visiting hours be observed at the funeral home from 10:30 am until 12:30 pm on Monday. A rosary will be prayed at 12:00 pm on Monday. Deacon Marcel "Butch" Hebert will officiate at the Funeral Mass. Interment will follow at St. Bernard Cemetery #2 in Breaux Bridge. "God grant me the serenity to accept the things I cannot change, courage to change the things I can, and the wisdom to know the difference." - Keinhold Niebuhr Lester Paul Latiolais quietly turned his heart and soul to his Lord and closed his eyes to this world; born November 27, 1941, he passed away on January 6, 2021. He was a simple, kind man of few words with a great listening ear. He enjoyed a good bowl of gumbo, dancing, drinking cold beer, LSU Football, a good laugh, and his precious "honey's", Isabelle Grace Bihm and Sophie Faith Bihm. His favorite name to be called was “Poppy” and he was always looking for someone to rock in his chair. He made the best cornbread dressing on this side of the bayou and he enjoyed cooking for his family. He was a graduate of Breaux Bridge High School and attended SLI (UL). He was an employee of Farmers-Merchants Bank. He worked for Fruit of the Loom (Martin Mills) for many years, where he retired. In the later part of his life, he worked at the Breaux Bridge Library where he spent his days visiting with patrons and co-workers. He will continue to live in the hearts of his loving wife, Mary Thomassee Latiolais; children, Tony Latiolais and wife Katie, and Allison Latiolais Bihm and husband Mark; two granddaughters, Isabelle Grace Bihm and Sophie Faith Bihm; a sister, Peggy Hebert, and a brother Toby Latiolais (Earline). He was preceded in death by loving family members, his parents Theobold Latiolais Sr. and Isabelle Guidry Latiolais; brothers, Doyce Latiolais and Allen Latiolais; sisters, Dula Degetaire, Murley LeBlanc, Delta Brasseaux, Earline Underwood, and Laura Belle Tauzin; and granddaughter, Sadie Renee Bihm. Pellerin Funeral Home of Breaux Bridge, 211 Berard St., Breaux Bridge, LA 70517, (337-332-2111) is in charge of arrangements.
To order memorial trees or send flowers to the family in memory of Lester Paul Latiolais, please visit our flower store.