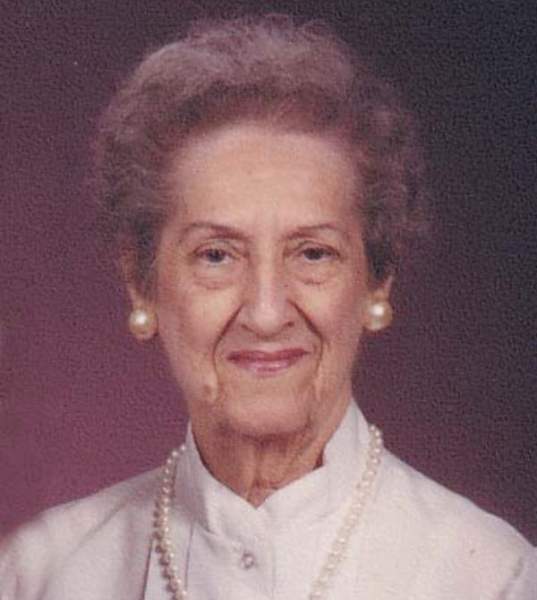 
The family requests that visiting hours be observed at the funeral home from 7:00 am until 10:00 am on Thursday.

A rosary will be prayed at 9:00 am on Thursday.

Rev. Ed Degeyter will officiate at the Funeral Service.

Born and raised in the same house on Main Street in St. Martinville, Loretta lived there for the remainder of her life with her husband and her mother. She was married to the late Allen J. Lasseigne in October 1955, for over 60 years. Loretta was a parishioner of St. Martin de Tours Catholic Church her entire life and was an active member of the Catholic Daughter of America for over 50 years.

After graduation from high school in St. Martinville, she continued her education at SLI (now ULL) and got a degree in Secretarial Science in 1942. After that she started her employment with the Louisiana Department of Health and worked at the St. Martin Parish Health Unit from 1943 until her retirement in 1978, with over 35 years of service.

She and her husband enjoyed traveling and site seeing. They visited numerous states in the United States, as well as several countries outside of the USA. She enjoyed spending time with family and their many close friends. Although she didn't have any children of her own, she considered her nieces and nephews her children.

To order memorial trees or send flowers to the family in memory of Loretta D. Lasseigne, please visit our flower store.