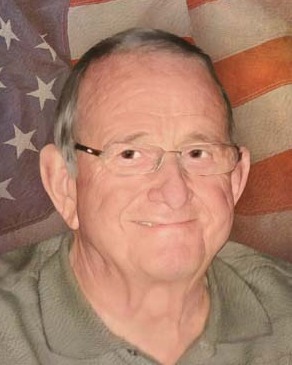 Breaux Bridge - A Mass of Christian Burial will be celebrated at 1:30 PM, Wednesday, October 19, 2022, at St. Bernard Catholic Church for Louis Roland Green, Sr., 89, who passed away at Ochsner Lafayette General Medical Center.

A rosary will be prayed at 7:00 PM on Tuesday, by Deacon Marcel "Butch" Hebert.

Rev. Brian Taylor will officiate at the Funeral Mass.  Readers will be Patsy Guidry and Ava Guidry. Gift Bearers will be his children, Louis Green, Jr. and Frances Green.

Roland honorably served his country in the United States Air Force and was a member of the 440th FIS Air Force Group. In addition to serving his country, upon returning home, he became a member of the Breaux Bridge Volunteer Fire Department. Roland dedicated his time by serving his community as a firefighter and retired in 1992 as the Assistant Fire Chief of the fire department. He was instrumental in the efforts to building the first addition to the Breaux Bridge fire station. Roland was also very active in the fire department's annual barbecue fund-raiser, even after his retirement. His selfless and dedicated service to the city of Breaux Bridge and the St. Martin Parish Fire District will never be forgotten.

Roland was retired from Martin Chevrolet (formerly Domingue Motors), where he served as the Automotive Service Manager. Roland also served as a commissioner in charge of elections for St. Martin Parish. He was a member of the Breaux Bridge Crawfish Festival Association and in 2018 Roland and Patricia were inducted into the Crawfish Festival Association Hall of Fame. As a pastime he enjoyed cooking, traveling, hunting, and camping.

He is preceded in death by his parents, Adley and Laurence Domingue Green; brother, Glenn Green; sister-in-law, Sylvia Green; niece, Jessica Green; and his brother-in-law, Joseph L. Balch; and his sister-in-law, Shirley Balch.

Honorary pallbearers will be active and retired members of the Breaux Bridge Volunteer Fire Department.

To order memorial trees or send flowers to the family in memory of Louis Roland Green, Sr., please visit our flower store.